Public Not to be Hit If Natco Pharma Licence is Cancelled 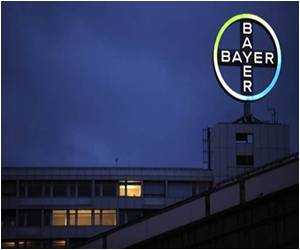 Bayer Corporation has said cancellation of a licence to Natco Pharma Ltd to make and sell the generic equivalent of cancer drug Nexavar will not impact public interest as another company is selling it at a lower price.

Bayer Corp, the north American subsidiary of German company Bayer AG, has challenged the March order of the Controller General of Patents, Designs and Trade Marks of compulsorily licensing Natco Pharma to market the generic version of Nexavar (sorafenib tosylate) at the Intellectual Property Appellate Board (IPAB).

Bayer filed the petition against Natco Pharma, the controller of general patents and the central government, seeking the staying of the compulsory licence.


Incidentally, this was the first time that the compulsory licence provision in the Indian Patent Act was invoked in India.

Arguing the case, Bayer's counsel P.S.Raman contended that Bayer has revised the drug price to Rs.30,000 per month on the oncologist's prescription.
Advertisement
"It is a reasonable price. Cipla is admittedly in the market selling its product at Rs.5,400 per month dosage. So by staying the compulsory licence, public interest will not be affected," Raman said.

He said Cipla has infringed on Bayer's patent by manufacturing and selling the drug and it has been taken to the courts on that count.

Stressing that the Nexavar is a palliative and not a curative cancer drug, Raman said that the market for the medicine is small and the price was reasonable.

The controller general of patents was wrong in not considering Bayer's revised pricing plan while deciding on the compulsory licence case in favour Natco Pharma, he said.

Raman said Bayer launched the drug in India after studying the market and educating the doctors about the availability of the palliative drug for terminal stage cancer patients between 2008-2011.

Questioning the logic of taking Natco Pharma's cost structure in determining the retail price of the drug, Raman said global pharma companies spend around 1.4 billion Euros to develop a drug successfully and the cost of research and development should be taken into account while arriving at the retail price.

He said the controller of patents has fixed the retail price of the drug at Rs.8,900 taking into account Natco Pharma's manufacturing cost of around Rs.4,856, distributor margin of 30 percent, company's (Natco Pharma) margin of around Rs.1,250 and six percent royalty to Bayer.

"The patent holder gets just one sixth of what the distributors gets," he said.

Raman also said that Natco Pharma has violated the licensing provisions by exporting the drug to Pakistan and China. The case was adjourned for Tuesday.