The risk for heart disease is increased among women who experience a traumatic event and develop post-traumatic stress disorder (PTSD), says a new study.

The researchers found that women who had four or more symptoms of PTSD following a traumatic event had a 60 percent increased risk of cardiovascular diseases such as heart attack or stroke, compared to women who experienced no trauma, over a 20-year period.

There was a 45 percent increased risk of cardiovascular disease for women who had experienced traumatic events but did not experience symptoms of PTSD.


Lead author of the study Jennifer Sumner, Columbia University's Mailman School of Public Health, said, "PTSD has often been conceptualized or thought of as just a psychological disorder. What our findings suggest is that PTSD has effects that go beyond mental health, that also impact physical heath."

According to the National Center of PTSD, annually 8 million Americans are affected by PTSD. It is twice as common in women as it is in men. Symptoms of PTSD include flashbacks of the trauma, insomnia and emotional numbness.

The researchers collected data from 50,000 women participants who were enrolled in a study called Nurses' Health Study II. For two decades every two years the participants indicated if they had experienced a heart attack or stroke.

In the final year of the study, a questionnaire was used to collect information whether the participants had experienced trauma and PTSD symptoms.

The researchers also analyzed the women's health behaviors such as smoking, lack of activity and other medical conditions such as high blood pressure to study the link between trauma and heart disease.

Women who had experienced trauma had four or more symptoms of PTSD. The researchers said that the link between PTSD and heart disease is not just physiological but the health behaviors also play a substantial role.

"To our knowledge, this is the first study in women to examine health behaviors and medical risk factors as potential mediators of the associations between trauma exposure, PTSD symptoms and CVD incidence. It will be important to examine whether successful PTSD treatment has a positive impact on cardiovascular health," said the researchers.

"The study suggests the importance for looking at physical health in women with PTSD and having integrated physical as well as mental health care. Right now, the American Heart Association doesn't acknowledge stress or PTSD as an established risk factor for heart disease. These findings, along with other work in the literature, suggest that it's an important factor to take into consideration," said Sumner. 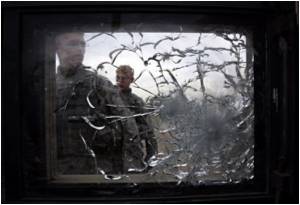 PTSD Symptoms Common After an ICU Stay: Study
A new study finds patients who have survived a stay in the intensive care unit (ICU) have a greatly increased risk of developing symptoms of post-traumatic stress disorder (PTSD).
READ MORE

Post Combat PTSD In Spouse And Marriage Adjustments
Strategies for rekindling marriage, after a spouse returns home from combat with post-traumatic stress symptoms present in one or both of the spouses, has been offered by a new study.
READ MORE