Psychologist Claims That Britain may Have Over 15,000 Vampires 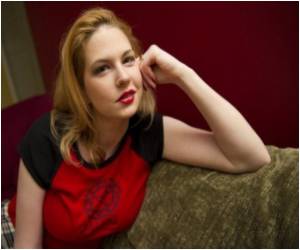 Upon investigation of an underground network, a psychologist has found that Britain may apparently have 15,000 vampires.

Williams claims that there are group of people in almost every sub culture who drink blood and drain energy from human beings but their deep-rooted laws only allows them to drink from certain body parts of the willing donors and not drinking too much, Metro.co.uk reported.

Vampire books like 'Twilight' could be changing the way teens think,scientists have revealed.
Advertisement

He further explained that Sanguine vampires are very fascinating and he does not want them to label as mad or bad as there are psychic and hybrid vampires, blood donors, role-players and also enthusiasts who are part of the community


William has outlined an online questionnaire to advance his research.

Scientists at Tel Aviv University have developed a novel drug that delivers anti-cancer compounds straight to the tumour.
Advertisement
<< HIV Has the Ability to Cut and Paste in the Human Genome
Steroids Prescribed in the ICU Linked to Delirium: Study >>

Skeletons of victims accused of being vampires, with their heads removed and placed on their legs were found by archaeologists in Poland in the town of Gliwice.
Advertisement
News A-Z
A B C D E F G H I J K L M N O P Q R S T U V W X Y Z
What's New on Medindia

Psychologist Claims That Britain may Have Over 15,000 Vampires Personalised Printable Document (PDF)