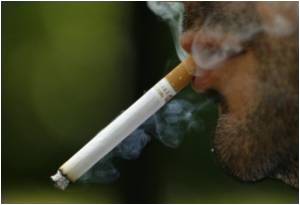 As nicotine metabolism increases, cravings for nicotine return more quickly which could lead to more frequent cigarette consumption among individuals who also take these medications.

The study examined the effects of three anti-epileptic drugs - carbamazepine, oxcarbazepine and valproic acid - on nicotine and nicotine metabolite levels in 149 smokers with schizophrenia and bipolar disorder.


Smoking is more prevalent in people with serious forms of mental illnesses, such as schizophrenia and bipolar disorder, than in the general population, explained Kunal K. Gandhi, M.B.B.S., M.P.H., an instructor of psychiatry at the UMDNJ-Robert Wood Johnson Medical School and study co-author.
Advertisement
"The effect of these medications may have serious implications on nicotine metabolism and smoking behavior," Williams added.

"Anti-epileptic drugs (AED) are of particular concern with respect to drug interactions because of their potential to induce many hepatic cytochrome P450 enzymes and increases nicotine metabolism," Williams explained.