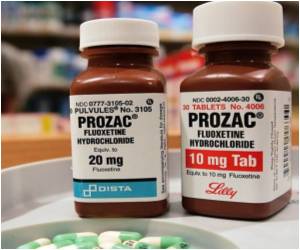 Researchers have shown more improvement in movement and greater independence after 3 months in patients taking the antidepressant (also known as fluoxetine), compared to a placebo, reports BBC News.

The study was based on research on 118 patients in France, who had moderate to severe motor disabilities following their stroke.


Tests on stroke patients 90 days after being given the drug found that patients taking fluoxetine had gained significantly more function in their upper and lower limbs than patients who were not given the drug.

Stroke is the third most common cause of death and the most prominent cause of physical deformity in the world
Advertisement
Patients in the fluoxetine group were also more likely to be coping independently.

The study noted that the side-effects from the antidepressant were generally mild and infrequent, although this group did notice more instances of nausea and diarrhea.

The findings were reported in the journal Lancet Neurology.

It has emerged that those five days of the month when women suffer pain and emotional stress of PMS may soon become a thing of the past, as Prozac can be a remedy to relieve them.
Advertisement
<< Insurance Fraud Rings Have Evolved Into Booming Business in...
India's Mobile Healthcare >>

Sinopril (2mg) (Lacidipine) Calculate Ideal Weight for Infants Noscaphene (Noscapine) Nutam (400mg) (Piracetam) Turmeric Powder - Health Benefits, Uses & Side Effects The Essence of Yoga Diaphragmatic Hernia Find a Hospital Selfie Addiction Calculator Sanatogen
This site uses cookies to deliver our services.By using our site, you acknowledge that you have read and understand our Cookie Policy, Privacy Policy, and our Terms of Use  Ok, Got it. Close
×