Protest Marches in Streets of Hiroshima Against Nuclear Power 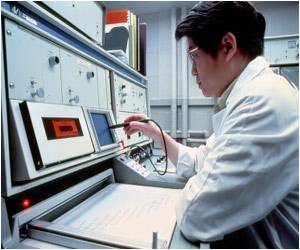 Thousands of people marched through the streets of Hiroshima protesting against the use of nuclear power as the city marked the 67th anniversary of the atomic bombing during WWII.

An American B-29 bomber named Enola Gay dropped an atomic bomb on August 6, 1945, turning the city into a nuclear inferno and killing an estimated 140,000 in the final chapter of World War II.


At 8:15 am (2315 GMT), the time of detonation, the toll of a bell set off a moment of silence. Pedestrians came to a standstill and bowed slightly, joining their hands in prayer under scorching sunshine.

Nuclear Waste Threat Could be Curbed by Hospital Scanner

New research has indicated that medical equipment used for diagnosis of patients with heart disease and cancer could be a key weapon in stopping nuclear waste seeping into the environment.
Advertisement
Some 50,000 people attended the official ceremony, while thousands of others joined demonstrations, marches, forums, and concerts held across the city, a long-time focal point for the global movement against nuclear weapons.

Around 700 people including atomic bomb survivors and evacuees from the Fukushima area also staged an anti-nuclear rally, the latest in a series of protests triggered by last year's crisis.

An earthquake-sparked tsunami left some 19,000 dead or missing and knocked out cooling systems at the Fukushima Daiichi plant, causing meltdowns that spread radiation over a large area and forced thousands to leave their homes.

Usually sedate Japan has seen a string of anti-nuclear protests since Prime Minister Yoshihiko Noda in June ordered the restart of two reactors.

Many atomic bomb survivors, known as "hibakusha", oppose both military and civil use of nuclear power, pointing to the tens of thousands who were killed instantly in the Hiroshima blast and the many more who later died from radiation sickness and cancers tied to the attack.

The Allied powers have long argued that the 1945 bombings brought a quick end to the war by speeding up Japan's surrender, preventing millions more casualties from a land invasion planned for later in the year.

"We want to work together with people in Fukushima and join our voices calling for no more nuclear victims," said Toshiyuki Mimaki, 70, an atomic bomb survivor and official of Hiroshima Prefectural Confederation of A-Bomb Sufferers Organisation.

Noda has defended the restarts, citing looming power shortages after Japan switched off its 50 nuclear reactors -- which once provided the resource-poor country with a third of its energy -- in the wake of the Fukushima disaster.

Hiroshima Mayor Kazumi Matsui told the ceremony: "I call on the Japanese government to establish without any delay an energy policy that guards the safety and security of the people."

But Noda, who also attended the event, only said: "We will establish an energy mix with which people can feel safe in the long- and medium-term, based on our policy that we will not rely on nuclear power."

Demonstrators marched around the headquarters of Chugoku Electric Power, a regional utility which has reactors of its own, chanting in chorus: "Noda should quit. We oppose nuclear power."

Weekly demonstrations outside the prime minister's official residence have drawn thousands, while a rally in west Tokyo last month saw a crowd that organisers claimed swelled to 170,000.

There are fears it could be decades before the area around Fukushima is deemed safe for human habitation.

But Tamotsu Baba, the mayor of Namie, one of the communities within a no-go zone near the plant, told reporters ahead of the ceremony: "I renewed my determination to rebuild our town like what Hiroshima did."

Researchers at the Northwestern University have developed new materials that could lead to a handheld device for detecting nuclear weapons and materials, such as a bomb in a suitcase .
Advertisement
<< Indian and American Scientists Unravel Genetic Codes of Mal...
Tablets, smartphones becoming new learning aids for school k... >>