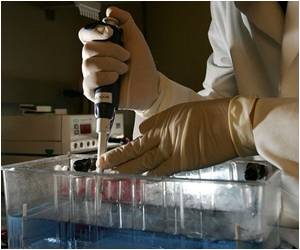 Researchers have discovered that high levels of a blood protein called galectin-3 increases the risk of heart attacks, cancer.

Isaac Eliaz, M.D., who outlined the scientific case against galectin-3, said a new galectin-3 blood test approved by the U.S. Food and Drug Administration can be useful in determining the risk and prognosis of numerous diseases. His presentation also included evidence that modified citrus pectin, produced from the white pulp inside orange peel and other citrus fruit, can bind and block excess galectin-3 activity.

The body cannot absorb natural citrus pectin, which passes through the GI tract undigested, Eliaz explained. Modification permits its absorption into the blood, where it blocks the negative effects of galectin-3, he added.


Eliaz said his conclusions were based on evidence from clinical trials involving close to 8,000 people.

Cancer, is the second most leading cause of death worldwide. Cancer is not just one disease but many diseases. There are more than 100 different types of cancer. Take this quiz on and test how much you know about cancer.
Advertisement
<< Study Explains How Semen Triggers Ovulation, Offers Fresh In...
E Coli Stomach Bug Can Cause Bowel Cancer >>

Lifestyle Paths to Prevent Heart Disease
News Archive
News Resource
Advertisement
News Category
Why Do Astronauts Lose Bone Density? Can Carbon Monoxide Help Fight Inflammation? Can the Monkeypox Virus Spread Through Surface Contact? How Did the Baby and Womb Connection Develop in Mammals? Is Drought Associated With Increased Diarrhea Risk?
More News
Sign up for Wellness Consult a Doctor Sign up for Selfcare