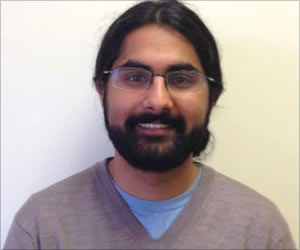 Improved treatments and new diagnostic tests for brain and spinal cord injury, Alzheimer's and other conditions could be developed based on the findings of researchers at the University of Virginia School of Medicine.

They have discovered a protective form of immune response to spinal cord injury, and the biological trigger, which causes the response.


The molecule interleukin-33, is concentrated in the 'white matter' of the healthy brain and spinal cord triggers immune response.


Interleukin-33 is released upon injury and activates cells called glia, which begins the body's protective response and promotes recovery.

Sachin Gadani, the lead author, explains, "It's the first thing that tells the immune system that something's been damaged. It's how the immune system initially knows to respond." The researchers aren't sure if interleukin-33 has other roles to play in addition to its role in injury response.

"Interleukin-33 must be important to the central nervous system. It is expressed all the time, even in the healthy state and we've only described its activity after injury. From an evolutionary perspective it makes little sense. The system produces this constantly just in case of injury that may never come? IL-33 may represent a language through which CNS is constantly talking with the immune system or, in other words, a molecular mind-body connection", said Jonathan Kipnis, PhD, professor in the Department of Neuroscience and director of the Center for Brain Immunology and Glia.

Kipnis noted, "It's possible that if there's some problem with this molecule in patients, they will have poor alarm signaling, and they will have very poor outcomes," he said.

Gadani said that there is a huge link on previous findings connecting interleukin-33 to Alzheimer's disease and that it will pave the way for future studies.

Autonomic Dysreflexia
Autonomic dysreflexia is a condition that occurs in patients with spinal cord injuries especially in the T5 and T6 levels. This condition is characterized by hyper activity of the autonomic nervous system.
READ MORE

Cauda Equina Syndrome
Cauda equina syndrome is a serious condition that occurs due to the compression of the nerves and nerve roots at the lower end of the spinal cord.
READ MORE

Hemiplegia
Hemiplegia is a condition that is characterized by paralysis of one half of the body, usually due to a brain lesion on the opposite side. It may be congenital (cerebral palsy) or acquired later in life due to illness.
READ MORE