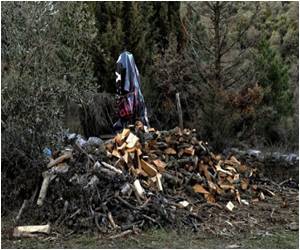 The study is in response to the dwindling abundance of Prunus africana in the wild, a tree listed as "vulnerable to extinction" by the International Union for Conservation of Nature.


The United Nations Food and Agriculture Organization (FAO) reported as far back as 1996 that the demand for the species' bark, which is used to make treatments for prostate gland disorders, could lead to its over-exploitation.


"Extracts that can help alleviate some prostate disorders are in high demand," said Peter Gachie, a lead scientist working with the World Agroforestry Centre. "The Prunus africana tree, a primary source of medicine, has become threatened as a result. Without the conservation of high yielding populations, these trees could be harvested to extinction, which would chop down the economic livelihood of smallholder farmers and narrow the options for those suffering from prostate disorders."

According to the World Agroforestry study, published in the January - March 2012 issue of the journal Forest, Trees and Livelihood, cultivating the tree on farms will alleviate the threat of extinction caused by unsustainable wild harvests. The study also determined how old and large the tree should be to maximize the harvest of the tree's bark.

The first step of tree domestication is identification of superior or desired germplasm. In the study, crude bark extracts from different forest zones in Kenya were compared to determine the zones with superior germplasm, those with high yields of crude extract and the best chemical composition, which provided the locations with the best sources of planting material.

"A higher yielding tree will add to a rural farmer's income," says Peter Gachie. "The Prunus africana is commonly used in households as a treatment for a variety of ailments but its market potential is yet to be realized. In the future, when more research is available, the benefits of this tree will be better appreciated by all people involved in the value chain."

Prostate-related diseases increase in prevalence as men age. And as the average age of the world's population increases, the incidence of prostate diseases will increase as well, triggering a corresponding rise in demand for therapies. The increased availability of screening tools and greater awareness of these diseases have also contributed to higher incidence rates.

According to the World Cancer Research Fund International, prostate cancer is the second most common cancer in men worldwide. Around 910,000 cases of prostate cancer were recorded in 2008, accounting for around 14 percent of all new cancer cases in men. It is predicted that the number of cases will almost double (1.7 million) by 2030.

Prunus africana is an evergreen tree 10-40 meters in height, with a stem diameter of up to 1 meter. It has a black brown and rugged bark, heavy, shiny foliage and small white or greenish flowers. Bark extracts from the tree have been used in treating prostate disorders in men both traditionally and in modern medicine. 200 metric tonnes of Prunus africana bark was harvested in 1980, primarily for this purpose, and by 1997 the demand had risen to approximately 3500 tonnes and has been growing steadily ever since.

The tree is listed in Appendix II of the Convention on International Trade in Endangered Species (CITES), which only allows for licensed trade of products from the tree, but several of the countries that are party to CITES have been unable to monitor trade in Prunus africana products due to a lack of resources.

Earlier research conducted by the Centre revealed that it takes 12-15 years to produce the bark that contains the active ingredient for the remedy for prostrate disorders. The current study reveals that mid-sized trees between 30-50cm diameter at breast height (dbh) and mainly 40-55 years old give the best yields of this valuable extract.

The study by Gachie's team focused mainly on species that are found in natural forests in Kenya because they were assumed to be the trees' true origin.

They compared bark extracts from five different forest zones in Kenya namely Timboroa, Eburu, Kinale, Kakamega and Kobujoi. Trees from Timboroa had the highest extract yields while Kakamega and Kinale samples had the highest number of compounds. The species is a highland forest tree that can also be found on the slopes of Mount Kenya, Mt Elgon, Cherengani hills, the Aberdares and Mau ranges. Previous research examining Prunus africana populations in Madagascar, Democratic Republic of Congo (DRC), Cameroon and Kenya found that Kenya populations of Prunus africana also have the highest concentration of active ingredients.

"Kenyan populations need to be collected, conserved, and domesticated as soon as possible," Gachie adds. "Public and commercial tree breeders and companies have an opportunity to integrate as many qualities from different Prunus africana populations as possible to improve the quality of the medicinal extract."

"This study could be a step to creating a database of high yielding Prunus africana trees," he concludes. "The findings should be integrated into breeding programmes by the scientists to integrate as many qualities from different Prunus africana trees as possible to improve the quality of the medicinal extract."

The World Agroforestry Centre is doing its part preserving these trees and shrubs by holding samples of most of the species with medicinal qualities in its gene bank, researching and growing these trees in plant nurseries at its headquarters in Nairobi as well as encouraging their cultivation and conservation on farms and landscapes. The Centre's gene bank holds close to 200 species.