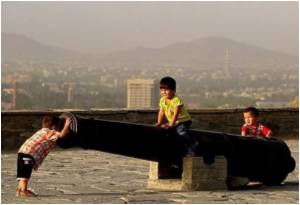 Adalimumab is found to be effective in maintaining remission in certain pediatric patients with Crohn's disease, reveals study.

Steroids are commonly used in Crohn's disease, but can stunt growth and delay puberty. Incidence of this disease, which causes intestinal inflammation, is on the rise in children.

This study is the largest double-blind study of an anti-TNF agent in children with Crohn's disease. It found that more than 80 percent of children with moderate to severe Crohn's disease responded to adalimumab within a month (response was defined as a decrease in Pediatric Crohn's Disease Activity Index ¡Ý 15 points from baseline). By six months, approximately 34 percent of patients were in clinical remission, and after a year, 28.4 percent were in remission.

More News on:
Height and Weight-Kids Reiki and Pranic Healing

Include Bone Age Measurement During Routine Care For Kids With Crohn's Disease
As part of standard practice of care, bone age ought to be measured for pediatric people with ......