Promising Research for Spinal-cord Injury Treatments from U of A 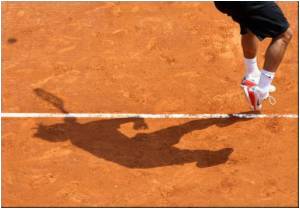 An important discovery that could lead to more effective treatments for spinal-cord injuries has been made by researchers in the University of Alberta's Faculty of Rehabilitation Medicine.

Karim Fouad and David Bennett have identified one of the body's natural self-repair mechanisms that kick in after injury.

To help understand the discovery the researchers say it is important to first describe the neurons in the spinal cord that control muscle contractions. These neurons represent a fairly autonomous part of the nervous system that control many basic functions such as walking and bladder control. These neurons are brought into a state of readiness by a transmitter called serotonin. Serotonin originates in the brain and projects down the spinal cord where it binds to serotonin receptors on the neurons. This process turns a quiet neuron into one that's ready to respond to fast inputs from the brain.


When someone suffers a spinal-cord injury they can lose almost all serotonin projections, so it was previously thought that the serotonin receptors were inactive. But the U of A researchers found that serotonin receptors are spontaneously active after spinal-cord injury, despite the absence of serotonin. Their study shows that this receptor activity is an essential factor in the recovery of functions like walking. Fouad and Bennett say this significant discovery provides important insight into how the spinal cord responds and changes after an injury, which is essential to developing meaningful treatments.

The healing effects of yoga benefit those suffering from backpain, by alleviating their pain and also preventing its recurrence.
Advertisement
But, the researchers add, there is a dark side. While the serotonin receptors remain active after injury, they are permanently turned on. Fouad and Bennett say this activity is what contributes to muscle spasms, a common problem for people with severe spinal-cord injury. The pair says the next step in helping patients who won't be able to regain control of muscle contractions is to examine how to block these serotonin receptors to stop the spasms from occurring, in particular by using already available drugs or by designing more targeted drugs.