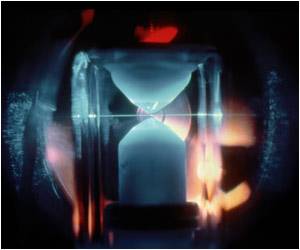 African-American women of college-age find it harder to clear human papillomavirus infection and are likelier to have a unique Pap test than European-American women, states research presented at the AACR Annual Meeting 2012, on March 31 - April 4.

"African-American women are 40 percent more likely to get cervical cancer and are two times more likely to die from the disease than European-American women," said study leader Kim E. Creek, Ph.D., vice chair and professor in the department of pharmaceutical and biomedical sciences in the South Carolina College of Pharmacy at the University of South Carolina in Charleston, S.C.

Creek and colleagues conducted the Carolina Women''s Care Study to assess human papillomavirus (HPV) infection and persistence in college-age women enrolled at the University of South Carolina. The study began in 2004, and researchers followed participants for the duration of their college experience.

Pap smear is the most common test used in screening cervical cancer caused by an infection with human papilloma virus. Pap smear should be repeated every 1 to 3 years till the age of 65 years.
Advertisement
"Most women infected with high-risk HPV clear the infection within nine to 18 months," said Creek. "However, high-risk HPV can persist in some women who are much more likely to have abnormal Pap tests and to develop cervical cancer. We propose that an increase in high-risk HPV persistence in African-American women may provide a biological basis for the higher incidence of cervical cancer found in African-American women.

"Although the differences in incidence and mortality rates for cervical cancer between these two groups have been attributed solely to access to care, no study has systematically attempted to identify other factors that may contribute to this disparity. We were not sure what to expect, but we suspected that there may be biological factors involved in the immune response to HPV that contribute to the disparity. Our findings support this hypothesis."

The study was supported by the National Institute on Minority Health and Health Disparities. Creek is a member of the speakers'' bureau for Merck.

About the AACR
Founded in 1907, the American Association for Cancer Research (AACR) is the world''s first and largest professional organization dedicated to advancing cancer research and its mission to prevent and cure cancer. AACR''s membership includes 34,000 laboratory, translational and clinical researchers; population scientists; other health care professionals; and cancer advocates residing in more than 90 countries. The AACR marshals the full spectrum of expertise of the cancer community to accelerate progress in the prevention, biology, diagnosis and treatment of cancer by annually convening more than 20 conferences and educational workshops, the largest of which is the AACR Annual Meeting with more than 18,000 attendees. In addition, the AACR publishes seven peer-reviewed scientific journals and a magazine for cancer survivors, patients and their caregivers. The AACR funds meritorious research directly as well as in cooperation with numerous cancer organizations. As the Scientific Partner of Stand Up To Cancer, the AACR provides expert peer review, grants administration and scientific oversight of individual and team science grants in cancer research that have the potential for patient benefit. The AACR actively communicates with legislators and policy makers about the value of cancer research and related biomedical science in saving lives from cancer.

Abstract: Human papillomavirus (HPV) is the causative agent of genital warts, cervical dysplasia and cervical cancer and is also associated with oropharyngeal and ano-rectal cancers. While HPV is necessary for these malignancies to develop, infection with HPV is not predictive of which women will develop cervical dysplasia or cancer. Most high-risk HPV (HR-HPV) infections resolve within 12-24 months. Persistence of HR-HPV infection is a risk factor for the development of pre-cancerous cervical lesions and cervical cancer. A disparity exists in the incidence and mortality rates for cervical cancer, with African American (AA) women being more likely to develop cervical cancer and about twice as likely to die of the disease, as compared to European American (EA) women. The Carolina Women''s Care Study (CWCS) was initiated in 2004 to assess HPV infection and persistence in a college-age cohort from the University of South Carolina. In this longitudinal study, 467 study participants (70% EA and 24% AA) underwent biannual pelvic exams during the duration of their college experience. Exfoliated cervical cells were collected at each visit and screened for HPV using PCR and the Inno-LiPA assay was subsequently used to determine HPV types. The AA and EA participants in the CWCS were similar upon comparison of several demographic characteristics, including those often associated with increased risk of cervical lesions, such as age at sexual debut and average number of sexual partners. While the incidence of new HR-HPV infections in AA and EA participants was similar, at any visit AA participants were about 1.5-fold more likely to test HR-HPV positive than EA participants (p <0.0001). In HPV positive individuals, the average number of HPV types (2.28) was similar between AA and EA participants. The most prevalent HR-HPV types detected in the CWCS at enrollment were HPV16 (13.2% of all HPV infections), 51 (9.2%), and 66 (11.3%). Strikingly, when exploring rates of HPV clearance, AA women clear the virus much slower than EA women. At 24 months after incident HR-HPV infection, 56% of AA participants remain infected with HR-HPV, while only 24% of EA participants were still infected (p <0.01). Furthermore, AA participants were about 1.7-fold more likely to have an abnormal (LSIL plus HSIL) Pap test than EA participants (p<0.005). Overall, these results suggest that AA women have more difficulty than EA women clearing a HR-HPV infection, which may provide a biological basis for the increased risk of cervical cancer observed in AA women. This work was supported by grant P20MD001770 from the National Institute on Minority Health and Health Disparities.

A new study has found that the human papillomavirus (HPV) vaccine is not effective in preventing the spread of the virus in women who are already infected.
Advertisement
News A-Z
A B C D E F G H I J K L M N O P Q R S T U V W X Y Z
What's New on Medindia

Blood - Sugar Chart Indian Medical Journals Drug Side Effects Calculator Find a Hospital Iron Intake Calculator Pregnancy Confirmation Calculator Blood Pressure Calculator The Essence of Yoga Noscaphene (Noscapine) Selfie Addiction Calculator
This site uses cookies to deliver our services. By using our site, you acknowledge that you have read and understand our Cookie Policy, Privacy Policy, and our Terms of Use