Professional Vodka Tasters Have to Keep a Strict Regimen 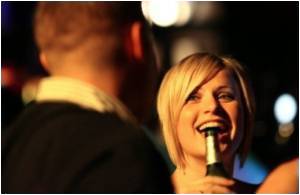 Poland's Vodka tasters have to adhere to strict rules: no smoking, no coffee, and no perfume.

While in France cellar masters ensure the quality of fine wines, in Poland professional vodka tasters keep the potent tipple, first distilled in the region in mediaeval times, smooth and pure.


Krystyna Gbiorczyk, in charge of quality and taste control at a distillery in Poznan, western Poland, has for many years used her keen sense of taste and smell to safeguard the reputation of a top-selling brand name.


Samples of crystal clear vodka made using rye are heated and poured into covered glasses to capture all their aroma, she says.

The vodka is then closely observed, shaken, tasted and then evaluated on the basis of its strength, taste and smell.

"The regular tastings allow us to detect any significant differences between different batches of vodka and correct them to the standard we seek," adds Danuta Maranda, a quality control expert.

Last year the distillery launched an internal recruitment drive to find talented new tasters. Candidates had to discern between sweet, salty, acid or metallic-tasting vodkas and classify them according to the degree of alcohol content.

Among the new recruits was Malgorzata Novak, who landed a spot on the quality control team. Now she samples more than 20 bottles over an eight hour shift with her first sip of vodka at 6 am.

"I check for clarity, consistency and taste, of course. I do similar checks about every hour," she explains. If her taste buds give the all clear, bottling goes ahead.

When they're not tasting, the distillery's experts concoct the vodkas of tomorrow. Recently, Maranda received an order to create a vodka using red fruit.

Just as if she were creating a new perfume, she lines up a dozen vials of various natural fruity syrups and aromas ranging from the sweet flavour of cherry pits to the acidic smell of plums.

Pondering caramel-based colouring, like a modern-day alchemist, she seeks perfection over a period of three months.

"Its a difficult task to find harmony between the different elements, to get the right amounts and marry them well in the vodka we produce, like making a fine wine," she explains.

The unique sensibilities of the distillery's tasters are sometimes also solicited by the police to distinguish between authentic brands and black market counterfeit vodka.

"Counterfeit alcohol is often composed of products which give a similar taste to the original vodka, but large doses can be very dangerous," says Katarzyna Gbiorczyk. "The problem is that people who want to save money are risking their health."

In 2009, around 250 million litres (66 million US gallons) of vodka were sold in Poland, making the spirit second only in popularity to beer. 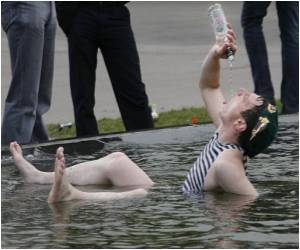 Vodka Eyeballing Trend Could Prove Dangerous to Eyes
Buzz-seeking college students have found a novel drinking stunt to gain popularity among peers-"vodka eyeballing"-which, according to experts could cause long-term damage to the eyes.
READ MORE

Russia Imposes Minimum Legal Price for Vodka
Russia on Friday imposed a new minimum legal price for vodka in a bid to hinder the sale of cut-price black market moonshine blamed for the deaths of thousands of Russians every year.
READ MORE

After 1 Liter Of Vodka, 8 Cans Of Beer Daily, 17yr-Old Girl Punches Mom For Not Buying Her More Alcohol
A 17-year-old girl is so addicted to alcohol that she gulps down one litre of vodka and eight cans of beer every day.
READ MORE

An Alarming Abuse Of Vodka Making Its Round Among Australian Girls!
It is reported that Australian teenage girls are skolling straight vodka in a new form of the spin-the-bottle game to get drunk quickly.
READ MORE