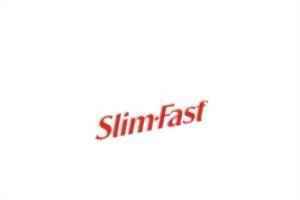 Slimming supplements to prescription drugs which are available in pharamacies to help people lose weight are costly both financially and health-wise.

At the 11th International Congress on Obesity hosted in Stockholm, experts were clear when it came to over-the-counter slimming supplements: "save your money, the only thing you are going to lose is your money," said Judith Stern, a professor in the Departments of Nutrition and Internal Medicine at the University of California Davis.


Two studies presented at the congress showed supplements were ineffective.


Thomas Ellrott, a professor at the university of Goettingen in Germany, presented a study in which nine popular supplements, proposing nine different weight loss solutions, were tested against placebo pills in a controlled trial.

"There are scores of slimming supplements out there claiming weight-loss effects through all sorts of mechanisms of action... the market for these is huge, but unlike for regulated drugs, effectiveness does not have to be proven for these to be sold," he said.

The participants in his study that took weight loss supplements lost between one and two kilograms, while those taking the placebo lost 1.2 kg on average.

"Not a single product was any more effective than placebo pills in producing weight loss over the two months of the study, regardless of how it claims to work," he said.

Despite their proven lack of effectiveness, the market for supplements ranging from cabbage powder to fibre pills to plant extracts generates a whopping 13 billion dollars (10 billion euros) per year, said Igho Onakpoya of the Universities of Exeter and Plymouth in Britain.

"People think these supplements are a short cut to weight loss and may spend huge sums of money on them, but they may end up disappointed, frustrated and depressed," he said.

For a more effective chance at tackling weight loss, experts recommend turning to prescription drugs, but these are not free from side effects.

An anti-obesity drug that targeted the cannabinoid receptor CB1 had received all regulatory approvals but was then withdrawn from the European market after widespread use showed it carried a risk of psychiatric side effects.

His team is currently working to develop a new drug based on a molecule that acts the same way on organs and muscles linked to metabolism as the withdrawn drug, with the important difference that it does not penetrate the brain.

"The lack of significant exposure in the brain seen in our pre-clinical experiments provides optimism that blockade of the CB1 receptor may still be an effective and safe approach to treat obesity and related diseases," he said when presenting his laboratory's findings at the conference, adding more trials were still needed before commercialising the drug.

Other prescription drugs have been proven effective, allowing to shed up to 10 percent of total body weight, or eight to nine kilos (18 to 20 pounds) per year.

And even these are not health risk free, because of the psychological aspect of fighting against a weight surplus.

"Patients are often victims of their expectations," said Luc van Gaal, of the University of Antwerp in Belgium.

"If the patient is not happy because he's not losing weight fast enough or he wants to lose more, he starts experimenting, doubling doses... and then, (prescription drugs) become a health risk," he said, hinting that patients blinded by an obsession to slim down could manage to get their hands on medicine illegally.

Herbal Diet Pill That Helps Reduce Food Intake
Researchers have found a herbal supplement that can reduce appetite by a fifth and even stop the longing for treats.
READ MORE

Brits Know They're Fat, But Choose Easy Diet Pills Over the Gym
More than half of Britain's population has admitted they are overweight, however, they are not ready to go to gym, says a new poll.
READ MORE

Britney Spears Pops Diet Pills To Get High Before Performances
Britney Spears reportedly popped diet pills with energy drinks to get high before a performance on her Circus tour.
READ MORE

The Cabbage DietZone DietMediterranean DietThe Macrobiotic DietHeight and Weight-KidsWeight Loss with Hypnosis  Does It Work?Quiz on Weight LossNegative Beliefs about Weight LossFlat Belly FoodsTop 10 Weight Loss Myths and Facts
Sign up for Wellness Consult a Doctor Sign up for Selfcare