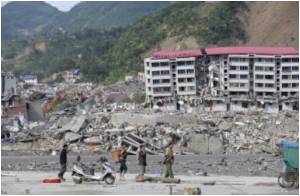 "We will be doing fundraising for the relief effort at the festival," said John Malott, president of the Japan-American Society which organizes the annual event.

Overworked doctors are struggling to provide care to the sick and infirm evacuated from hospitals to ill-equipped shelters after the giant earthquake and tsunami that ravaged Japan.
Advertisement

"Part of the ticket cost will be given to the relief effort and in addition we will be doing face to face fundraising on the spot," he said.


The popular springtime event, which is held for two weeks each year, celebrates the emergence of the pale pink cherry blossom blooms which adorn hundreds of trees lining Washington's iconic Tidal Basin, a small harbor along the Potomac River.

Hawaiian store owners said people on the Pacific island US state are rushing to get iodide pills to protect against radioactivity from a quake-crippled Japanese nuclear power plant.
Advertisement
The annual festival, with parades, dance and music performances and other cultural events has been a Washington tradition for a half-century.

It celebrates the emergence of the delicate flowers which grace thousands of trees cherry trees along the inlet.

Some 3,000 cherry trees were given to Washington as a gift from the mayor of Tokyo in 1912 as a symbol of US-Japanese friendship.

Only about 80 of the original trees survive, but US officials over the years have planted new cherry trees, ensuring the annual spectacular display of cherry blossoms goes on.

This year officials plan to charge admission to some events at the festival which in recent years had been free, and officials said some of the collected funds will go to aid Japan, hit last week by a historic earthquake and tsunami, and now struggling to contain a disaster at one of its nuclear facilities.

"Everyone already thinks about Japan every year during the cherry blossom time but this year they will be thinking about Japan even more with a different feeling in their heart," Malott said.

"I hope people will be moved and motivated to make financial contribution to the relief organizations that are supporting the effort in Japan."

WHO Ready to Aid Japan in Nuclear Alert

Japan, which is grappling with a nuclear emergency after some reactors were damaged by last week's deadly earthquake, has been offered help by the World Health Organization
Advertisement
<< X-Rays: Its Journey from High Radiation to the Latest Gener...
Breaking Cancer Cells' Mucus Barrier To Improve Treatment E... >>