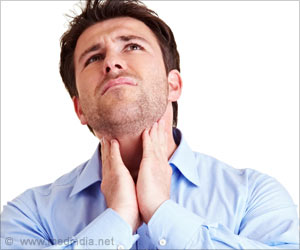 The use of probiotics and xylitol chewing gum to alleviate sore throat symptoms, as an alternative to antibiotics, appears to have no effect.

"Simple over-the-counter treatments could potentially limit the effects of both bacterial and viral infections and help patients to manage symptoms," says Dr. Paul Little, Primary Care Group, University of Southampton, Southampton, United Kingdom. "This would enable self-management, potentially facilitate a quicker return to normal activities, and reduce the pressure to use antibiotics."

Advertisement
‘There may be no reason for clinicians to advise patients to use either probiotics or xylitol for the symptomatic management of pharyngitis.’


The study included 934 people in the UK during the four year study period (June 2010 to 2014), of whom 689 provided complete data for the trial. Using a symptom diary, participants reported the number of probiotic capsules and sticks of chewing gum used each day, as well as the severity of symptoms. They were study "compliant" if they had taken 75% of their allotted treatment.
Advertisement
Researchers found no significant effect of either probiotics or xylitol on sore throat (pharyngitis) symptoms.

"There were no significant differences between groups for both the xylitol and the probiotic groups, which suggests that neither intervention helped in controlling acute symptoms," the authors write.

The study is one of only a few that looks at the effectiveness of two potentially useful alternative therapies for acute sore throats.

"There is no reason for clinicians to advise patients to use either of these treatments for the symptomatic management of pharyngitis," they conclude.

The study was conducted by researchers from the University of Southampton, Southampton, UK, with a patient collaborator.

Throat Disorders - Symptom Evaluation
Throat problems are common, several throat problems go away on their own but some may be much more ....