Probiotics and Prebiotics Work Differently in Girls and Boys

Probiotics and prebiotics were found to work differently in male compared to female 28-day old piglets, said researchers. The team noted that the effect of these nutritional interventions can be masked if males and females were looked at all together. 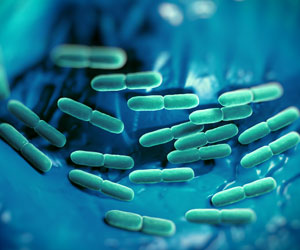 Probiotics and Prebiotics Work Differently in Girls and Boys

The team from the Universities of Bristol and Reading found that 28-day old piglets produced very different levels of immune cells, antibodies and other immune-associated molecules depending on their sex, contradicting previous evidence suggesting that the difference in immunity begins during puberty.


‘70 per cent of the immune system is in the gut and this is also where its development is driven during early life, largely by the resident gut bacteria.’

Dr Marie Lewis, principal investigator and Lecturer in Gut Immunology and Microbiology at the University of Reading, said: "Correct development of the immune system is essential in ensuring it responds appropriately to both harmful and harmless stimulation throughout life and this development, even during the first days of life, depends on your sex.

Although we don't know why, we know that young girls tend to produce a more protective immune response to vaccination than boys. But what we did not expect to find is that young girls also appear to have a more regulated immune environment in their intestinal tissues than boys.

"Piglets are valuable pre-clinical models for human infants, especially for nutritional studies, and we also show for the first time that probiotics and prebiotics can have different effects on the immune system in male compared to female piglets. For example, the prebiotic inulin significantly increases the number of cells responsible for controlling immune responses, the regulatory T-cells, in male guts but not in female guts.

"The consequence of this study is that we need to rethink how we design, and analyse the data from, nutritional trials in youngsters. Currently, studies looking at the effectiveness of dietary supplements on the immune system assume that the same thing happens in boys and girls. But we show this is not the case and that sex may be influencing data on the effectiveness of probiotics and prebiotics in infanthood."

Mick Bailey, Professor of Comparative Immunology at Bristol Veterinary School, added: "The work raises some really important questions about why this happens - is it because the levels of the different sex hormones make the immune systems different almost as a side effect, even at this age, or is it because the immune and reproductive systems need to be fundamentally linked during early development?"

Dr Lewis continued: "This also means that treatments for immune disorders may need to be designed differently for infant girls and boys. In the future, we could find that specific probiotics or prebiotics are more beneficial for girls, whilst others could generate better health outcomes for boys. Given the underlying differences in immune development we identified between boys and girls, taking sex into account could provide a simple means to improve the effectiveness of pharmaceutics and other therapies which act on the immune system."

In a previous study in 2018, Dr Lewis found that how the immune system develops in the guts of pigs can be programmed very early on. The team found that piglets exposed to an extensive, outdoor farm during just the first day of life retained a regulatory immune environment in their guts even after 28 days of 'urban living'. This could be linked to the reduced incidences of allergy development which occurs in children raised on farms.

Probiotics are live microorganisms that resemble the "good bacteria" in our gut. Science is yet to fully explore the healing potential of probiotics; meanwhile some studies have ruled in their favor.

Probiotic therapy regimen followed for a short period of time can help treat gout and kidney disease. Probiotics can help restore the function and structure of damaged kidney in gout effectively.

Study on the Influence of Probiotics in Human Gut Microbiota

A recent study shows how gut microbiota of 150 volunteers changed after a month of regular consumption of yogurt fortified with probiotics.

Kombucha tea is a fermented beverage that provides an array of health benefits. Know how to prepare and store kombucha tea and discover its side-effects.

Past studies have linked dairy foods to good bone health. Nevertheless newer studies are being published and a plethora of other benefits are being associated with dairy food consumption.