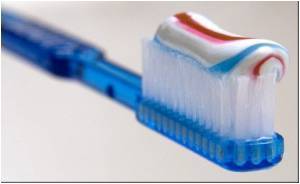 The study has been carried out by researchers from the Universita degli Studi di Milano, Milan, Italy, and Tampere University of Technology, Tampere, Finland.

Although internal communication between human hosts and their microbes is only minimally understood, probiotics are live microorganisms thought to promote health within their host.


So far, the benefits of probiotics have been predominantly explored in the intestinal tract, however, other initial studies suggest probiotics may contribute to wellness in the stomach, vaginal tract, skin and mouth.
Advertisement
Upper respiratory tract infections are the leading cause of visits to the pediatrician, especially in children between the ages of 5 and 12.

Streptococcus pyogenes is one of the main causes associated with such infections and antibiotics are the only treatment currently available with prescription rates running as high as 90 percent.

"A probiotic strategy effective in the prophylaxis of pharyngitis, therefore, could provide a significant social benefit," say the researchers.

"We suggest that the selected commensal streptococci represent potential pharyngeal probiotic candidates. They could display a good degree of adaptation to the host and possess potential immunomodulatory and anti-inflammatory properties," say the researchers.

They detail their findings in the June 2010 issue of the journal Applied and Environmental Microbiology.

Acute bronchitis is a short term inflammation of the bronchi of lungs. It is usually caused by a ...

Bronchiolitis is an acute lower respiratory infection, which is common among the children under 2 years of ...