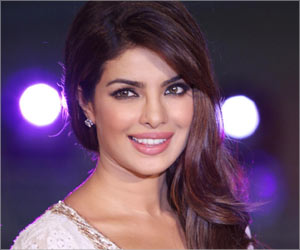 Anemia is a condition in which there is a deficiency of red blood cells or hemoglobin in the blood. Bollywood actress Priyanka Chopra will go on a nationwide tour to spread awareness on fighting anemia among adolescents, through a short movie.

The actress was in the national capital on Wednesday, December 24, 2015, to launch the nationwide Weekly Iron and Folic Acid Supplement (WISF) awareness campaign along with Health Minister J.P. Nadda.

Anemia is a condition in which the red blood cell (RBC) count or hemoglobin is less than normal.
Advertisement
‘Priyanka Chopra launched a program for anemia under which free pills would be distributed to teenagers across the country to eradicate nutritional anemia among adolescents.’

Through the initiative, free pills would be distributed to teenagers across the country to eradicate nutritional anemia among adolescents. A short video featuring Ms. Chopra was also released.


The 'Bajirao Mastani' actress, who is also UNICEF Goodwill Ambassador, said, "Health and nutrition play a crucial role in the development of a country. I am so fortunate to be able to be associated for UNICEF for around a decade and be a part of some incredible life changing campaigns. It is in our hands to make our future better."

Anemia is the commonest blood disorder that may occur in pregnancy and is usually due to low iron or folate reserves of the body and this is reflected as anemia.
Advertisement
The Bollywood star said, "I have added the 'blue pill' to my diet. We started this campaign about six months ago in Bhopal and I got introduced to it for the first time. It was such an easy concept because I have a crazy lifestyle. I work 16 hours a day, traveling up and down and I don't get time to eat. I am having this pill for the last six months. It has given me a strong immune system."