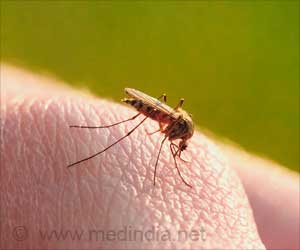 People with Zika antibodies were found to be more vulnerable to severe infection with certain types of dengue, and that could complicate the search for a Zika vaccine, revealed a study published online in the journal Science.

The study, which drew on data from two cohorts of Nicaraguan children who lived through a Zika epidemic in 2016 and a dengue epidemic in 2019, is the first to investigate the impacts of Zika immunity on dengue disease in humans.

Dengue can be easily prevented and managed if you follow proper precautionary measures. Here we give you the most important dos and don'ts for dengue fever.
Advertisement
‘Getting sick with the mosquito-borne Zika virus makes people more vulnerable to developing dengue disease later on, and to suffering from more severe symptoms when they do get sick from dengue. ’

Its findings confirm earlier suspicions that some antibodies to the Zika virus, which usually serve to protect the body from infection, may actually interact with dengue viruses in ways that can make dengue infection worse. This interaction, known as antibody-dependent enhancement, could make it harder for researchers to design a safe and effective vaccine that protects against Zika without also increasing the risk of dengue.


"The key thing that our study establishes is that prior Zika infection does significantly increase your risk of both symptomatic and more severe forms of dengue disease," said study first author Leah Katzelnick, who performed the research as postdoctoral scholar at the University of California, Berkeley's School of Public Health. "That finding raises the questions: Could a vaccine only targeted at Zika actually put people at increased risk of more severe dengue disease? And how can you design a Zika vaccine that only induces good antibodies that protect you against Zika, but doesn't induce these other, potentially enhancing antibodies that are harmful against disease?"

Dengue has become the talk of the town! Here we are bringing you some interesting health facts on dengue to generate more awareness on the disease.
Advertisement
A family of related viruses

Dengue disease is caused by not one but four closely related types of flaviviruses, each of which can strike with a slightly different set of symptoms and severity. Getting sick with one type of dengue virus can increase the likelihood that a person will develop a second, more severe illness when infected with a separate type of dengue virus. However, after a person has been infected with two types of dengue viruses, they usually gain some degree of immune protection against future dengue disease severity.

"The first question was, 'How will prior dengue virus infection affect Zika?' because everyone in Latin America, to some degree or another, is eventually dengue immune and has dengue antibodies," said study senior author Eva Harris, a professor of infectious diseases and vaccinology at UC Berkeley.

Since 2004, Harris and her colleagues in Nicaragua have monitored a cohort of approximately 3,800 children living in Managua, the country's capital, tracking any signs of dengue disease and collecting annual blood samples to test for the virus and its antibodies. When chikungunya, another mosquito-borne virus, and Zika appeared in Nicaragua in 2014 and 2016, respectively, the cohort was expanded to capture cases of these emerging pathogens.

Using data from the cohort, Harris published a 2019 study showing that prior dengue virus infection can grant a small amount of protection against Zika, and other studies now support this conclusion. But the inverse question, whether Zika antibodies protect against future dengue disease, or potentially enhance it, remained a mystery.

Landing amidst an outbreak

In July 2019, Harris landed in Managua with Katzelnick, who would be stationed in Nicaragua's capital for the rest of the year as a Fogarty Global Health Fellow. The two arrived at the very beginning of what would become a massive epidemic of dengue virus Type 2, one of the more severe of the four flavors, or serotypes, of dengue, and the first major outbreak of dengue since the Zika epidemic in 2016.

"We watched as the epidemic spread in real time, and we started thinking, you know what, there are a lot of cases. I wonder if previous infection with Zika is pushing people into symptomatic disease?'" Harris said.

The team gathered data from its pediatric cohort and from another study of children being treated at a nearby pediatric hospital. By mid-autumn, the researchers had enough evidence to prove that having a prior Zika infection made a person more likely to have a symptomatic dengue infection. And as cases mounted, they found that prior Zika infection can also enhance dengue disease severity.

The team drew on the pediatric cohort's bank of blood samples going back to 2004 to investigate other patterns of disease. It found that people who had one dengue infection, followed by a Zika infection, remained at high risk of developing a second, more severe dengue infection. In addition, when a person had two sequential dengue infections, the type of dengue virus that caused the second infection impacted whether the person was protected or experienced enhanced dengue disease.

"I think this can really help us understand epidemics that are coming down the line," Harris said. "So, for instance, if you have a dengue Type 2 epidemic after a big Zika outbreak, you know to prepare your hospitals to treat people who might be more likely to develop a more severe disease."

When we get sick, our bodies produce large proteins called antibodies to help our immune system fight the infection. These antibodies have specific chemical shapes that allow them to stick to the pathogen of concern, flagging the invader to be broken down by immune cells. For viruses like Zika and dengue, they also can coat the virus and prevent it from entering the body's cells, effectively neutralizing it.

Antibody-dependent enhancement can happen when an antibody designed to stick to one virus, like Zika, tries to stick to a slightly different virus, like dengue. Antibodies to Zika virus can attach to dengue viruses, but not quite well enough to neutralize them. As a result, when a passing immune cell senses the antibody "flag" and tries to break down the dengue virus, it can actually end up getting infected by the virus.

"This mechanism not only allows the virus to get into more cells to infect, but also suppresses the immune response of those cells, enabling the virus to produce even more virus," Katzelnick said. "And, because they're immune cells, they are moving around the body. And so, they can initiate a larger infection."

Though this mechanism has complicated the search for effective vaccines for both Zika and dengue, Katzelnick and Harris say that it is still possible to design vaccines that spur the body to create antibodies that only stick to the targeted virus, and no other.

"Zika is still a horrible problem that has a lot of complicated ethical considerations, in part because of the way it affects pregnant women and also potentially their children," Katzelnick said. "I really hope that people keep working very hard to find ways to develop a safe vaccine, even if it's more challenging than we originally thought."

Zika virus is a mosquito-borne virus that causes fever, headache, skin rashes, joint and muscle pain in infected individuals. The symptoms usually last for only 2 to 7 days. Fetal symptoms vary and have led to International concern.
Advertisement
<< New Tool to Identify Which Cancer Patients are Most Likely t...
New, Low-cost COVID-19 Test Developed >>

Researchers have learned that the strain of virus circulating in the northeastern Brazilian state of Paraíba in 2015 was particularly damaging to the developing brain; the new findings help explain why microcephaly cases less common in other Zika outbreaks.