Prince of Wales Uses Homeopathic Treatments for His Livestock 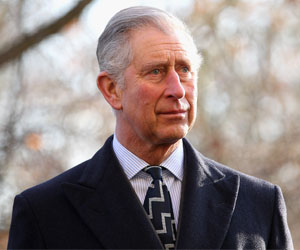 Prince Charles revealed that he used homeopathic treatments for the animals on his organic farm at Highgrove to help lessen the reliance on antibiotics.

Charles said his methods of farming tried wherever possible to "go with the grain of nature" to avoid dependency on antibiotics, pesticides and other forms of chemical intervention.

Prince Charles was the Busiest Royal in 2013

With over 500 visits, Prince Charles has topped 2013 list of busiest royals.
Advertisement
‘Prince Charles converted his farming methods to organic and homeopathic treatments for his cattle to reduce the use of antibiotics.’

The Prince made the comments to animal and human health experts at an international gathering of scientists and government officials in London as part of a global battle against the growing threat of antibiotic resistance. Charles said the issue was a "long-standing and acute concern" for him.


"In fact, it was one of the reasons I converted my farming operation to an organic, or agro-ecological, system over 30 years ago, and why incidentally, we have been successfully using homeopathic - yes, homeopathic - treatments for my cattle and sheep as part of a program to reduce the use of antibiotics," he said.

Prince Charles Hopes the 2nd Royal Baby to be a Girl

Prince Charles is hoping that Prince William and Kate Middleton's next baby will be a girl.
Advertisement
For decades, antibiotics and antimicrobials are prescribed to treat infections and diseases, but, bugs are developing resistance to the drugs designed to destroy them.

Charles called for an "urgent and coherent" global action. "I have enormous sympathy for those engaged in the vital task of ensuring that, as the world population continues to increase un-sustainably and travel becomes easier, antibiotics retain their ability to overcome the disease."

"It must be incredibly frustrating to witness the fact that, as has been pointed out by many authorities, antibiotics have too often simply acted as a substitute for basic hygiene, or as it would seem, as a way of placating a patient who has a viral infection or who actually needs little more than patience to allow a minor bacterial infection to resolve itself."

"I find it difficult to understand how we can continue to allow most of the antibiotics in farming, many of which are also used in human medicine, to be administered to healthy animals."

"Could we not devise more effective systems where we reserve antibiotics for treating animals where the use is fully justified by the seriousness of the illness? Would we, I wonder, advise adding antibiotics to our own food or water on a daily basis, just in case we became ill?"

Homeopathy has been used on a "case by case basis" on animals at Charles' Duchy Home Farm, alongside more conventional medicine, to minimize dependence on antibiotics.

According to the Department for Environment, Food and Rural Affairs (Defra), nearly 500 farmers are trained in homeopathy and there are 38 homeopathic vets. All remedies must be registered in accordance with the Veterinary Medicines Regulations.

Resistance to drugs could lead to an estimated 10 million extra deaths worldwide from antibiotic-resistant infections by 2050, costing the global economy 100 trillion dollars (£69 trillion).

Heir to the British throne, Prince Charles, has warned that the world risks the possibility of plunging into a new Dark Age unless urgent action is taken on climate change.