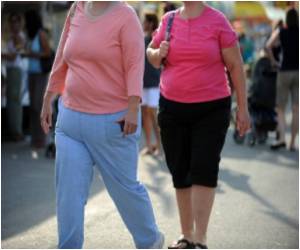 Funded by the National Institutes of Health, the study is the first to report long-term results from a weight management program designed specifically for teenage girls. Most other programs have included younger children and interventions focused on the entire family. This program included separate meetings for parents with the rationale that teens are motivated more by peer acceptance than parental influence. Unlike previous programs, this one was conducted in a primary-care setting, rather than an academic or specialty-care environment.

"Nearly one-third of teenage girls are overweight or obese, and many of them are likely to become obese adults," said Lynn DeBar, PhD, MPH, lead author and senior investigator with the Kaiser Permanente Center for Health Research. "Our study shows that intervention programs can help these girls achieve long-term success managing their weight and also learning new habits that will hopefully carry over into their adult life."


"Many teenage girls are still growing taller, so for them, maintaining weight or slowing weight gain is an acceptable goal," said Phil Wu, MD, a pediatrician who leads Kaiser Permanente's effort to prevent and treat childhood obesity and is also a co-author of the study. "Girls in the program gained less weight than those who weren't in the program, and they reduced their overall body mass index, improved their self-image and developed healthy lifestyle habits, so all of these are successes."

"We are indeed much more than what we eat, but what we eat can nevertheless help us to be much more than what we are". - Adelle Davis There are thousands out there battling 'the bulge'. With childhood obesity on the rise even children are not spared. If your weight issues are threatening to weigh you down learn more about obesity by taking part in this quiz.
Advertisement
The study included 208 girls, ages 12-17, in Oregon and Washington during 2005-2009. All of the girls were classified as overweight or obese, according to standards set by the Centers for Disease Control and Prevention standards. Half of the girls were assigned to the intervention group and half to usual care.

Girls in the intervention group met weekly with their peers and a behavioral counselor during the first three months, and then every other week during months four and six. The girls were weighed and asked to keep a food and activity diary, which they discussed during each meeting. The program focused on decreasing portion size, limiting consumption of energy-rich foods, establishing regular meal patterns, substituting water for sugar-sweetened beverages, reducing fast food, increasing fruit and vegetable consumption, and having more family meals.

The girls were encouraged to exercise at least 5 days a week for 30-60 minutes, and to limit screen time to 2 hours a day. They also received yoga instruction, and a physical-activity video game to use at home. Discussion topics included ways to avoid disordered eating, coping with family and peer teasing and developing strategies to combat negative self-talk.

Parents attended separate weekly meetings to learn how to support their daughters. The girls' health care providers received summaries of the girls' current health habits, including meal and physical activity patterns. After receiving training in motivational techniques, the providers met with the girls at the beginning of the study to help them choose one or two behaviors to work on. The providers had a second visit with the girls at the end of the six-month intervention to check their progress.

Girls assigned to the usual-care group received a packet of materials that included a list of online reading about lifestyle changes. They also met with their primary care provider at the beginning of the study, but the providers were not given health habit summaries for these girls.

Both groups had health assessments and lab tests at the beginning of the study, at six months, and then again at 12 months. The girls started out with an average weight in the 190 lb. range, and an average body mass index in the 97th percentile, which by CDC standards is considered to be obese. At the end of the study, girls who participated in the program were in the 95th percentile, while girls in the usual-care group were in the 96th percentile.

Authors say the weight changes were statistically significant but modest compared to some other weight loss interventions. They point out that the girls were severely obese to begin with and possibly treatment-resistant due to previous involvement in other weight loss programs. The program purposely de-emphasized calorie counting, focusing instead on lifestyle changes, and the authors acknowledge that this approach may have produced more modest weight changes than they had expected.

This study is part of ongoing Kaiser Permanente research into weight loss. Previous studies include:

The BMI calculator helps you assess your weight indicating if it is normal or if you are underweight or overweight, based on your height.
Advertisement
<< Decoding the Molecular Machine Behind Some Bacteria
Researchers Say Obese People Feel More Pain >>

Obese Teenage Girls Thanks to Internet and Alcohol

Find a Doctor Nutam (400mg) (Piracetam) A-Z Drug Brands in India Blood - Sugar Chart Loram (2 mg) (Lorazepam) Selfie Addiction Calculator Find a Hospital Pregnancy Confirmation Calculator Drug Side Effects Calculator Calculate Ideal Weight for Infants
This site uses cookies to deliver our services. By using our site, you acknowledge that you have read and understand our Cookie Policy, Privacy Policy, and our Terms of Use