Prices of Lime Skyrocket in the US 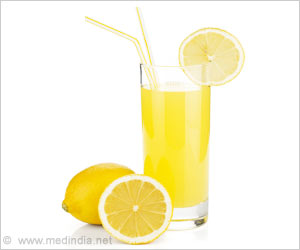 Maria complains that using lemon instead of lime in a margarita is like using onions instead of garlic.

But lemon margaritas just might be coming to a cantina near you, thanks to the skyrocketing price of limes.

"The prices started to shoot up in March. Before, a case of 200 limes cost us $45. Then it jumped to $85. Today, it's worth $160," said Joahna Hernandez, manager of Casa Oaxaca, a Mexican restaurant in Washington.


Raising the price of margaritas, the traditional Mexican cocktail made from tequila and lime juice, is out of the question, Hernandez said, because the restaurant doesn't want to scare off customers.

But bottles of Corona, the popular Mexican beer, no longer come garnished with a slice of lime. "Now we use slices of lemons," she said.

"It's not the same thing," sighed Maria, sipping her drink. But her friend Luis disagrees. "It doesn't matter to me, as long as there is alcohol in it."

At "Don Juan," a popular bistro where Salvadoran and Mexican immigrants hang out amid high decibel music, Juanita has another solution.

"Limes are so expensive, we've had to use concentrate" for cocktails, confided the waitress. "And now, customers have to ask for lime slices, or else we won't offer them to them."

Around 95 percent of the limes consumed in the United States come from Mexico. And when the supply dries up, the problem spreads across the US.

The lime shortage can be traced to multiple sources, including a surge in fungal and disease problems, exacerbated by heavy rains and flooding in the Mexican states of Oaxaca, Veracruz and Michoacan, said Jonathan Crane, University of Florida professor and an expert on citrus fruit.

But perhaps more disastrously, Mexican drug cartels have begun to see a previously untapped value in the lime trade.

Traffickers are doing with limes "what they already did with avocados," Hernandez explained.

"They appropriate the crops and control whole communities. They are trying to control lime production," she said.

The cartels also benefit from the fact that the United States is no longer imposing quality standards on imported limes.

Crane speculated the lime trade was an attempt to launder drug money through a legitimate export.

If "there's no quality standard, I would pick any lime possible and sell it and make big money," he said.

Then, as distributors saw the looming shortage, said Hernandez, they "hoarded the little supply they had and now sell them at the highest price possible."

The dearth of limes is hitting hard for Americans, avid consumers of Mexican cuisine.

The green fruit is a crucial ingredient in many dishes, including guacamole, salsa, and ceviche -- a traditional concoction of raw fish marinated in lime juice.

"There are other ways to get around that," Temprosa said, but it's nothing like "the real thing." He vowed his restaurant won't change its dishes, despite the shortage.

But meanwhile, "our prices have not gone up, (and) we pay the bill," he sighed.

At Monster Inaugural Ball Obamas in the Limelight
At a monster inaugural ball featuring some of the biggest stars in popular music today, Barack and Michelle Obama slow-danced their way into their next four years in the White House.
READ MORE

How Celebs Stay In The Limelight Regardless Of Talent
Despite being under the media glare for decades, a time comes when actors, singers or even sportstars lose their Midas touch.
READ MORE