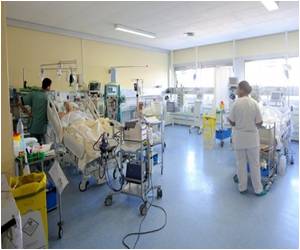 A joint UCLA/RAND Corporation study addressed the prevalence and cost of critical care therapies provided in intensive care units (ICU), were perceived by physicians as "futile."

Reported in the Sept. 9 online issue of JAMA Internal Medicine, researchers found that the majority of patients received appropriate care, but 11 percent of patients received treatments during their ICU course that their physicians perceived to be futile. The study took place at a single health care system.

Advances in medicine have enabled critical care specialists to save lives under extraordinary circumstances. According to researchers, an admission into the ICU should be considered a therapeutic trial where aggressive critical care should transition to palliative care if further medical interventions will not achieve an acceptable health state for the patient.


Intensive care interventions that sustain life without achieving an outcome that the patient can meaningfully appreciate are often perceived as "futile" by health care providers.
Advertisement
Previous studies of ICU physicians in the U.S., Canada and Europe have shown that futile care occurs. The UCLA/RAND team wanted to better quantify the prevalence and cost of physician-perceived futile treatment in adult critical care.

"Recognizing and quantifying the prevalence and cost of futile treatment is the first step towards refocusing medical treatments to those that are more likely to benefit patients," said first author Dr. Thanh Huynh, clinical instructor for medicine, division of pulmonary and critical care medicine, David Geffen School of Medicine at UCLA.

"Futile treatment occurs in hospitals across the country," said senior author Dr Neil Wenger, professor of medicine in the division of general internal medicine and health services research, director of the UCLA Healthcare Ethics Center, David Geffen School of Medicine at UCLA and consulting researcher with RAND, "We have fantastic technology available in ICUs that saves lives, but we also need to address how to use it appropriately when the patient may not benefit from such high intensity measures."

Researchers note that the next step would be to identify the factors that are driving futile treatment so that it can be minimized. There are many complex issues in intensive care units, especially at the end of life. Factors such as misperceptions of prognosis, the wishes of patients' families or differing views amongst the patient's care team, may play a role.

"If we can identify the factors that promote futile treatment, perhaps we can also develop the interventions to decrease it and refocus treatments to better serve patients in the ICU," said Huynh.

The current study took place at UCLA, a single health care system and involved five intensive care units. Researchers held a focus group of clinicians who frequently take care of critically ill patients in the ICU to arrive at a common definition of futile treatment from the physicians' perspective.

The most common reason why treatment was perceived as futile was that the burdens of aggressive therapy grossly outweighed its potential benefit. Other reasons included treatment could never achieve the patient's goals, death was imminent, the patient would never be able to survive outside of an ICU and the patient was permanently unconscious. Most patients had more than one reason that their treatment was considered futile, according to researchers.

Eighty-five percent of the 123 patients who received futile treatment died within six months and most during the hospitalization. Survivors were left in severely compromised health states and often dependent on life-sustaining modalities.

The average cost for a day of futile treatment in the ICU was about $4,000. For the 123 patients perceived as receiving futile ICU care, total costs during the three months of the study amounted to $2.6 million for the five ICUs. Although sizeable, it accounted for only a small portion (3.5 percent) of the hospital costs for the full study cohort of ICU patients during the study period.

The UCLA/RAND team notes that future research will include identifying the factors driving futile treatment as well as making similar measurements across various types of hospitals.

Frequency and Cost of Critical Care Treatment Perceived as "Futile" by Physicians Explored in Study
The prevalence and cost of critical care therapies provided in intensive care units (ICU) that were ...

In Neurocritical Care Patients, Intermediate Glucose Control may be Better Than Tight One
Intensive glycemic control does not reduce mortality in neurocritical care patients and could lead ....

Critical Care Insurance
A critical illness policy is exactly what it says - it is used for when you are critically ill and ....