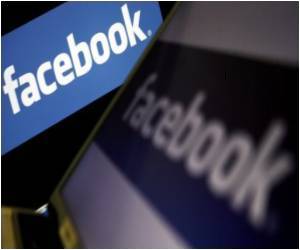 After they hacked into a classmate's Facebook page and posted sexually explicit photos and messages, two preteen US girls have been charged with cyber stalking and first-degree computer trespassing.

According to the charges filed in King County Juvenile Court, the girls, ages 11 and 12, have been under investigation since the alleged victim's family contacted Issaquah police in Washington state on March 18.

The two defendants have been accused of posting messages that indicated the victim was willing to perform sex acts on people, and also of sending messages to some boys to arrange dates where sex acts were to be performed by the victim.


Jon Knight, the stepfather of the 12-year-old alleged victim, said his family is relieved that the case has resulted in criminal charges.

He said that he wasn't taken seriously when he reported the incident to Issaquah police and to staff at Issaquah Middle School.

Knight said his stepdaughter, Leslie Cote, has asked the media to use her name in hopes of bringing attention to the issue of cyber stalking.

Prosecutors said that Cote had been over at a defendant's house in early March when she logged into Facebook, and her password information was somehow stored on the other girl's computer.

After the girls had a falling out, the defendants hacked into the page "with the intent of embarrassing and tormenting the victim", Issaquah police Detective Ryan Raulerson revealed.

Sara Niegowski, spokeswoman for the Issaquah School District, said the district was not conducting its own investigation into the incident because it did not occur on school property.

She said the defendants are still enrolled at Issaquah Middle School.

Knight said that his stepdaughter has been granted a restraining order forbidding the defendants from contacting her and barring them from riding her school bus.

"Many kids think that on a social media site that their actions will be anonymous and that they are free to use it as weapon to bully, harass, and intimidate another person.

"This case demonstrates that assuming the identity of another person on the Internet with the intent to torment them and expose them to the harassment of others is a crime," he added.

Prostitution: Fresh Stakes in the Oldest Trade
News Archive
News Resource
News Category
Five Love Languages Every Couple Should Know Go for a Walk to Speed Up Your Brain Function 5 Types of Tea Women Should Drink Daily Bodychecking Experience Does Not Protect Teen Hockey Players from Injury Yoga: A Powerful Weapon to Fight COVID-19
More News
Sign up for Wellness Consult a Doctor Sign up for Selfcare