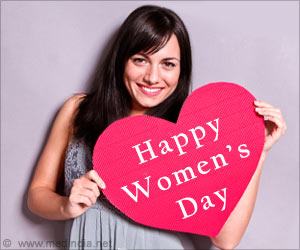 President Pranab Mukherjee extended his wishes on the occasion of International Women's Day. Mukherjee took to twitter to convey his greetings.

"Let us on International Women's Day apply ourselves to the goal of bettering the lives and prospects of women of India. Let us ensure that honour and respect is accorded to women at all times," the President tweeted.

"I pay tribute to all women who have given this nation their invaluable gift of labour and love. Women have played an extraordinary role in shaping the destiny of the nation. Celebration of International Women's Day is an opportunity to renew our commitment to the security and welfare of women," he tweeted.

"I salute the indomitable courage and outstanding achievements of women on International Women's Day. Through various schemes and initiatives, our Government remains fully committed to bringing a positive change in the lives of women," Prime Minister Modi had tweeted.

To mark the International Women's Day, the Ministry of Health and Family Welfare has announced that it will launch a 3-day special nationwide campaign to ensure better health for women.
Advertisement
Advertisement
This site uses cookies to deliver our services.By using our site, you acknowledge that you have read and understand our Cookie Policy, Privacy Policy, and our Terms of Use  Ok, Got it. Close
×