President Obama was a Victim of Bullying 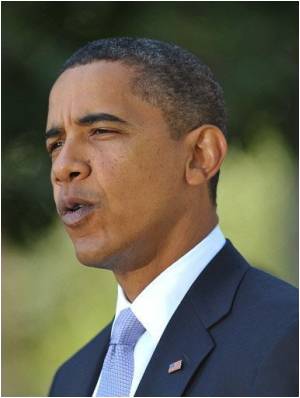 US President Barack Obama has confessed that he was bullied as a kid.

While opening a White House summit on preventing bullying, the US President said that he was taunted over his 'big ears' and unusual name.

"Bullying isn't a problem that makes headlines every day, but every day it touches the lives of people all across the country," the Telegraph quoted Obama as saying, noting a growing movement among young people to combat youth harassment.


"If there is one goal of this conference, it is to dispel the myth that bullying is just a harmless rite of passage or an inevitable part of growing up.

The rising influence of media influences children watching TV serials and fashion shows with skinny models, to live on adult levels prematurely.
Advertisement
"It's not. Bullying can have destructive consequences for our young people," he added.

Obama, who has written of his own sometimes difficult childhood in Hawaii and Indonesia, said as he opened the conference that he had experience being on the receiving end of taunts.

"As adults, we all remember what it was like to see kids picked on in the hallways or in the schoolyard.

A new research has highlighted on the fact that children who feel that they don't get to spend sufficient time with their fathers are more likely to become bullies.
Advertisement
<< Bone Marrow Stem Cells may Help Treat Traumatic Brain Injur...
Gene That Causes Chronic Kidney Disease Identified >>

More News on:
Bullying at School - Tips For Schools