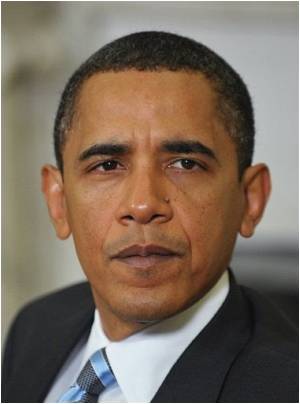 Research!America's new national voter education initiative, Your Candidates-Your Health, features responses from President Obama and Republican Presidential candidate Newt Gingrich on important health research and prevention issues. Among the highlights: both Obama and Gingrich agree that research to improve health and prevent disease is part of the solution to rising health care costs, and boosting investment in medical research creates jobs that benefit a wide variety of industries. Their positions on embryonic stem cell research differ.

"For too long, patients and families have suffered from debilitating, incurable diseases and we know that stem cell research offers hope to millions of Americans across the country. I am committed to supporting responsible stem cell research now, and in the future," said President Obama in his response to the questionnaire.


"I strongly support adult stem cell research," said Gingrich. "I will oppose at every turn any process of destroying embryos."


In the area of global competitiveness, Gingrich said, "Considering today's American tax and regulatory systems, it is increasingly likely that the full implementation of the new [scientific] knowledge will first occur outside the United States and be imported by us. This will be tragic for Americans in lost health opportunities, lost jobs and prosperity, and unnecessarily higher healthcare costs."

"To compete for the jobs and industries of our time, we have to make America the best place on earth to do business and out-innovate, out-educate, and out-build the rest of the world," said Obama. "I have called for a level of research and development we haven't seen since the height of the Space Race and sent budgets to Congress that helps us meet that goal."

Obama and Gingrich also responded to questions about support for the National Institutes of Health, the Centers for Disease Control and Prevention, the Food and Drug Administration, science, technology, engineering and math education, and government investment in health research for military veterans. www.yourcandidatesyourhealth.org. All presidential candidates were invited to participate.

The responses from Obama and Gingrich largely reflect public sentiment on federal support for research. In new public opinion poll data, a vast majority of Americans (86%) believe investing in health research is important for job creation and economic recovery and (54%) say research is part of the solution to rising health care costs. Seventy-seven percent believe the U.S. is losing its global competitive edge in science and innovation.However, 60% say they are uninformed about their representatives' positions on medical, health and scientific research.

"Unfortunately, many elected officials and candidates have failed to elevate these issues in their campaigns," said Mary Woolley, president and CEO of Research!America. "The poll underscores Americans' willingness to make research a high priority to address our economic and health challenges."

In other polling data, most Americans say it's important to increase funding for federal health research agencies -- (86%) for the Centers for Disease Control and Prevention (CDC), (79%) for the Food and Drug Administration (FDA) and (75%) for the National Institutes of Health (NIH).

Additional findings from the public opinion poll include:

UTHealth Researchers Link Chromosome Region to Thoracic Aortic Disease
HOUSTON--Patients with thoracic aortic aneurysms that lead to acute aortic dissections are 12 times more likely to have duplications in the DNA in a region of chromosome 16 (16p13.
READ MORE 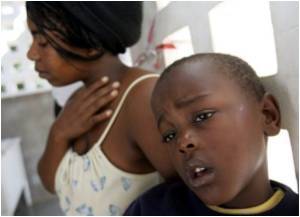 African Health Research Has No Support
New studies have revealed that African health laboratories are bubbling with innovation to combat the continent's diseases but these home-grown solutions are stagnating due to a lack of support.
READ MORE

US Health Research may Get Billion Dollar Boost
Under the 2012 budget proposed by US President Barack Obama, health and science research would get a billion-dollar boost.
READ MORE