Prescription Medicines Too Could Cause Car Accidents 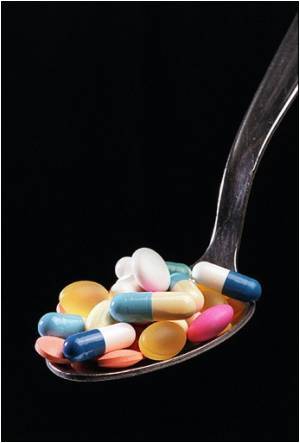 Driving drunk alone is not dangerous. Even driving while on painkillers and relaxants could cause crashes, it seems.

The world-first study underway at Royal Prince Alfred Hospital, by researchers from the University of Sydney, is using an advanced driving simulator to assess driver performance after taking low doses of codeine and oxazepam. These are medicines commonly used to treat headache and anxiety.

Dr Stefanie Leung, Principal Researcher and founding member of the Research on Alcohol Drugs and Driving (RoADD) group, said that the impetus for the study had been the alarming number of crashes in which the driver had tested positive to an everyday medicine.


"People generally believe that it is safe to drive after taking medicines, simply because they have been prescribed by a doctor and are being used responsibly," she said.

Acetaminophen and codeine is a combination of non-opiate and opioid (opium-like sleep inducing) analgesics used to treat patients with fever, headache and helps to suppress the cough symptoms by acting on the cough center in the brain.
Advertisement
"While it is widely accepted that recreational drug use impairs driving, it now appears that taking prescribed medicines could also compromise safety on the road. In particular, benzodiazepines (relaxants) and opioids (painkillers) have been implicated in approximately 15 percent and 4 percent of crash injury cases at Australian hospitals. This then raises the question - should people be driving if they are taking medicines?"

"There is poor understanding of how medicines affect driving. We want to improve that understanding and raise awareness of the risks of driving while taking medication, and hopefully help to reduce the senseless road toll.

"This is not about marginalising people that have to take medicines. This is about ensuring everyone's safety on the road."

The RoADD group are a national collaborative group comprising researchers from the University of Sydney, Monash University Accident Research Centre (MUARC) and the University of Tasmania. They hope that the outcomes of their work will contribute to better educating drivers and medical professionals about the risks of driving while taking prescribed medicines.

This world-first study will involve volunteers being administered both oral and intravenous alcohol, as well as commonly used medicines (codeine and oxazepam), in a medically supervised environment.

Study volunteers will consume a volume of alcohol consistent with achieving a blood alcohol concentration of 0.05 percent (the legal blood alcohol limit in Australia), and will be administered normal therapeutic doses of codeine and oxazepam. Volunteers will then be asked to complete a series of driving tests on an advanced driving simulator.

This project has been funded by the National Health and Medical Research Council (NHMRC).

Addiction Could Start From Prescription Drugs