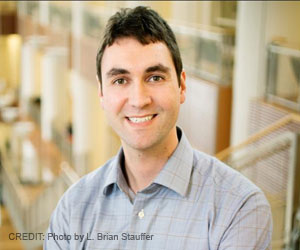 The prescription drug benefit program implemented by Medicare has found to reduce the mortality rate in the elderly by 2.2% annually since 2006, finds an analysis by Julian Reif, professor of finance and economics at Illinois.

The new paper co-written by University of Illinois expert in health care economics has provided the first evidence which shows that the increase in drug utilization can attribute to save lives.

People aged 80 or more should have their blood pressure checked regularly. The beneficial effect on incidence of complications such as stroke and heart failure is seen early.
Advertisement
‘Prescription drug coverage program can reduce the mortality rate in the elderly by more than 2 percent.’

"A big question in health economics is 'Do public health insurance programs improve people's health?'" said Reif, also a faculty member of the Institute of Government and Public Affairs and the Center for Business and Public Policy. "You would think the answer would be obvious, but it's a hard thing to prove. This paper provides strong evidence that health insurance programs improve health, and that reducing the price of medical care also improves health."


The study, which will be published in the Journal of Health Economics, compared trend differences in mortality between the "young-elderly" (age 66) who had been eligible for Medicare Part D for at least one year and the "near-elderly" (age 64) who were not yet eligible during the implementation phase of the prescription drug insurance program.

Reduction in mortality rate was observed in ankylosing spondylitis and psoriatic arthritis patients who took statin drugs.
Advertisement
"The analysis in the paper is very simple: People over the age of 65 are almost universally eligible for Medicare, people under age 65 are not," Reif said. "The paper looks at changes in the mortality rate of people just over age 65 versus people just under age 65. We looked at it before and after Medicare Part D came online."

Reif and co-author Jason Huh, doctoral student, University of Illinois, found a 2.2 percent annual reduction in the mortality rate among 66-year-olds relative to 64-year-olds, "an effect that is primarily driven by a 4.4 percent reduction in cardiovascular mortality," according to the paper.

Reif said the advantage of the study is that the population is very large, "and you need a really large dataset to detect these effects."

"We employed detailed cause-of-death mortality records for the entire U.S. population, which allowed us to measure mortality, a relatively rare event, very precisely," he said. "A lot of other studies can't look at mortality because their sample size is too small."

The prescription drug program currently serves 39 million Medicare beneficiaries and spends $70 billion per year. Reif calculated the social value of the reduction in elderly mortality attributable to Medicare Part D at $5 billion per year. Combining this result with prior studies evaluating its nonhealth benefits yields a total benefit of about $20 billion per year, which accounts for a sizeable fraction of the program's total expenditures, Reif said.

"There's certainly more to health than how long you live," Reif said. "We look at mortality because it's easy to measure. But you take prescription drugs not just to live longer but also to relieve pain or to manage symptoms. There are quality-of-life benefits as well that come from health care; it's just harder to measure those. But it's reasonable to think that if you're finding mortality effects there are drugs that are also making useful quality-of-life improvements, as well. To really evaluate whether what we spent on it was worth it, you really want to take into account all those things."

While Medicare Part D was initially criticized as a boon to the pharmaceutical industry, others argued that the program's potential health benefits would make its costs worthwhile, Reif said.

"I think the paramount concern is what has been the effect on people's health," he said. "The more we improve people's health, the more we should be OK with spending $70 billion per year on Medicare Part D. Regardless of whether you think we're overpaying pharmaceutical companies for drugs, it does appear to be improving people's health. It should be comforting to know that we're at least getting some results."

In light of the legislative rumblings to repeal and replace the Affordable Care Act, the effect of health insurance on health is a fundamental question for policymakers, Reif said.

Skeletal muscle relaxants (SMRs) and antihistamines drugs are high risk medications in the elderly as per a recent study.
Advertisement
<< Developing a Trust on Doctors Can Improve the Patients Qual...
Is There a Genetic Link Behind Social Phobia? >>

Unused and Expired Medications - Why and How to Dispose?