Geneticists from Boston University School of Medicine (BUSM) have reported the world's first series of cases of prenatal diagnosis for women at risk of having a child with tuberous sclerosis complex (TSC). Earlier, the Center for Human Genetics team published the first molecular prenatal diagnosis of TSC.

The current study details the sequencing of the TSC genes (TSC1 and TSC2) analysed in 50 completed pregnancies. These findings appear in the March 2009 issue of the American Journal of Obstetrics and Gynecology.

TSC is a genetic disorder that causes tumors to form in many different organs, primarily the brain, eyes, heart, kidney, skin and lungs. In addition, this condition accounts for mental retardation in about 44 percent of patients. Current estimates place TSC-affected births at one in 6,000. Nearly 1 million people worldwide are known to have TSC, with approximately 50,000 in the United States.


Remarkable advances have occurred in prenatal genetic diagnosis including the resequencing of the 2 tumor-suppressor genes (TSC1 and TSC2) for TSC. DNA studies were performed on amniotic fluid cells and chorionic villi from 50 pregnant women at risk for having a child with TSC.

Among the 50 families studied, mutations were precisely identified in 48 tested fetuses. Mutations were determined by gene sequencing and deletion/duplication analysis of the two TSC genes. Insufficient DNA and poor amniotic fluid cells accounted for no diagnosis in two cases.

According to the researchers, sequencing both the TSC1 and TSC2 genes facilitated detection of about 83 percent of mutations. Coupled with multiple ligation-dependent probe amplification assays an overall detection rate of nearly 93 percent was achieved.

"Physicians are advised to be alert to family history of TSC or unexplained mental retardation and to first test a known affected family member and/or preconception testing rather than the anxiety-provoking, last-minute efforts at prenatal testing initiated in the second trimester of pregnancy," said lead author Aubrey Milunsky, MBBCh, DSc, FRCP, FACMG, DCH, Director of the Center for Human Genetics at BUSM, as well as a professor of human genetics, pediatrics, pathology and obstetrics and gynecology at BUSM.

"Given the clinical and molecular complexities of TSC, it would be advisable for all couples at risk to be referred to a clinical geneticist for evaluation and counseling," he added.

Path Breaking Genetic Discovery Shows Promise in Dealing With Kidney Tumour
A new study has shown promise in fighting a severe genetic disorder that can create tumours throughout the body.
READ MORE

Mental Retardation Caused by Genetic Disorder can Be Reversed by Drug
Researchers at the University of California, Los Angeles (UCLA) have found that an FDA-approved drug reverses the brain dysfunction inflicted by a genetic disease called tuberous sclerosis
READ MORE 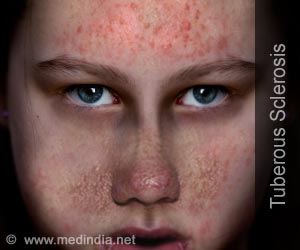