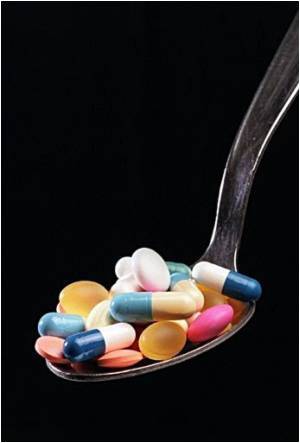 A study by US researchers have warned pregnant women against taking Ayurvedic medicine, after they found high levels of lead in some of the traditional pills.

New York City health authorities probed six cases since last year of women -- all but one born in India -- found to be at high risk of lead poisoning due to Ayurvedic medicine, the US Centers for Disease Control and Prevention said.

Follow these do's and don'ts in your Ayurvedic diet to maintain a balance of vata, pitta and kapha doshas and promote good health and wellness.
Advertisement

Ayurveda, or long-life science, is a system of traditional medicine developed over thousands of years in India.


The pills -- none made in the United States -- are occasionally contaminated during manufacturing but some are "rasa shastra," the Indian practice of intentionally adding metals, minerals or gems to medicine.

Panchakarma is a cleansing process that removes stored toxins and restores body's healing ability.
Advertisement
The medicines are advertised as helping with pregnancy and at least one boasted that it would boost the chances of having a boy instead of a girl, said the report by the US government health organization.

While the six women have not shown symptoms, authorities found them to be at high risk of lead poisoning, which can damage the brain, kidneys and nervous and reproductive systems.

The products contained up to 2.4 percent lead and some also contained mercury and arsenic, which are also considered dangerous for consumption.

The US Food and Drug Administration warned in 2008 to use caution when taking Ayurvedic medicines -- especially those sold over the Internet -- as they are generally not approved by regulators.

The researchers at the Centers for Disease Control and Prevention said that health care providers should ask patients about their use of foreign-made medicine and consider administering tests for metal exposure.

"The cases of lead poisoning among the six pregnant women underscore the importance of risk assessment for lead exposure and blood lead testing in at-risk populations," the report said.

Toys and parks are no longer safe for children. It is the main cause for lead poisoning.
Advertisement
<< Study Says Many Medications for Elderly are Prescribed Inap...
Mom's Emotions Can Impact Child's Dental Health >>