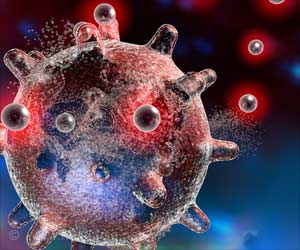 Overall survival of advanced cancer patients can be improved with precision oncology, revels a new study.

The use of advanced molecular diagnostic technologies, such as Next-Generation Sequencing based gene panel testing, to select targeted therapies in advanced cancer patients is known as precision oncology.

Advertisement
‘Survival rates of advanced cancer patients can be improved, along with lowering healthcare costs.’

In order to evaluate the impact of precision cancer medicine beyond the PFS window and to determine the degree to which any survival or cost advantages persisted, they conducted a follow up analysis on the subset of 44 patients from the original study to measure overall survival, average total healthcare costs, and resource utilization over the entire observation period, from the start of the study through either death or last observed encounter.


Building on a matched cohort study of 44 patients with metastatic cancer who received all of their care within a single institution, researchers from the Precision Genomics & Navican Genomics at Intermountain Healthcare and the Division of Oncology, Department of Medicine, at Stanford University School of Medicine evaluated the overall survival and healthcare costs for each patient.
Advertisement
A separate analysis of 1,814 patients with late-stage cancer diagnoses found that those who received a targeted cancer treatment had 6.9 percent lower costs in the last 3 months of life compared with those who did not.

"In particular, inpatient costs were 47.4 percent lower for targeted patients during that period, which offset higher outpatient, office, and prescription drug costs."

Average costs per week over the entire period were significantly lower for the targeted treatment group compared with the control group.

Moreover, resource use intensity for patients in the targeted group was lower in both higher-cost, acute settings such as inpatient and ER as well in the lower acuity outpatient setting, compared to control patients.

FDA-Approval for Bevacizumab-awwb for Treatment of Advanced Cancers
Bevacizumab-awwb, a biosimilar to the monoclonal antibody bevacizumab, has received FDA approval ......

Wide Variety of Advanced Cancers Exhibit HER2 Gene Abnormalities
A study of more than 2,000 tumors has produced surprising results, but researchers hope that some .....

Increase in Injectable Treatment for Blood Clots in Advanced Cancer Patients
A new study has found that the use of an injectable, clot-preventing drug known as Low Molecular ......