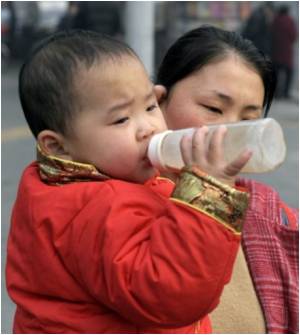 Prebiotic supplements present in infant formula could prevent eczema and allergies, says study published in The Cochrane Library. However, the review highlights a lack of high quality evidence for the effects of prebiotics in preventing allergies.

It is thought that bacteria lining the gut may play an important role in a child developing sensitivities to certain foods and allergens, regulating immune responses and determining how they will react to the same substances in later life. Prebiotics are indigestible components of breast milk, fruit and vegetables that stimulate the growth and activity of healthy bacteria in the gut. They are distinct from probiotics, which are cultures of live bacteria such as those added to yoghurts and infant formula. Prebiotics can also be added to infant formula. However, it is unclear exactly what effect these supplements have on the development of allergies.


Only one study assessed the effect of giving formula containing prebiotics to high-risk children, who had close family members with allergies. In this study, prebiotics reduced both eczema and asthma, but there were no significant reductions in allergies overall in high-risk children. "Given these findings, it remains unclear whether the use of prebiotics should be restricted to infants at high risk of allergy or may have an effect in low risk populations," said lead researcher, John Sinn of the University of Sydney in Sydney, Australia.
Advertisement
"Overall, we found some evidence that infant formula containing prebiotic supplements can help prevent eczema in children up to two years of age," said Sinn. "However, the quality of existing evidence is generally low or very low. More high quality research is needed before we can recommend routine use of prebiotics for prevention of allergy."

More News on:
Choose The Right Over-the-Counter Drugs for Allergy

Atopic Dermatitis
Atopic dermatitis is an inflammatory, non-contagious, chronic skin disorder that involves scaly and ...
Quiz on Allergy
Every season can be an allergy season, depending on what you're allergic to. - Clara ......

Prolonged Feeding of Infant Formula Raises Acute Lymphoblastic Leukemia Risk
Prolonging the formula feeding and delaying the introduction to solid foods may put the child at ......