Practicing Transcendental meditation may boost your emotional intelligence and relieve stress levels when you are at work finds a new study.

Finding it hard to cope with work-related stress? Take heart, practicing a silent form of meditation at your workplace can lead to significant improvements in emotional intelligence as well as perceived stress, according to a study.


‘In the study, it was found that those who meditated more regularly scored higher on total emotional quotient and had lower psychological stress’

This indicates that emotional intelligence has a moderating effect on psychological well-being and mental health, the researchers said.

"This study demonstrates the benefits of meditation in the workplace," said Laurent Valosek, Executive Director, Center for Wellness and Achievement in Education -- a US-based non-profit organization.

"And with a growing body of research on the value of emotional intelligence and the harmful effects of psychological stress, organizations are looking to give their employees tools for reducing stress and developing competencies like centeredness, self-awareness, and empathy," he added.

The team found that during a four-month period, those practicing the transcendental meditation -- a form of silent mantra meditation -- experienced significant improvements in emotional intelligence and perceived stress, as compared with controls.

The research highlighted the role of emotional intelligence and perceived stress as important factors associated with mental and physical health and organizational effectiveness.

According to the World Health Organization, psychological stress adversely affects organizational commitment, work engagement, and productivity, as well as contributes to poor mental and physical health.

Emotional intelligence has garnered considerable attention in the workplace because of its positive association with mental and physical health and its connection to leadership capacity and performance. 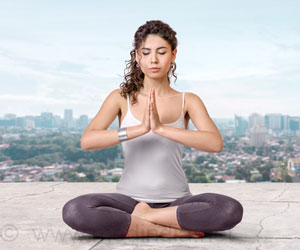 Meditation, Yoga can Improve Mental Skills
Meditation and breath-focused practices, such as pranayama, can work like fertiliser for the brain, strengthening our ability to focus on tasks.
READ MORE

Pharma Companies Have to Support or Risk Damaging Global Reputation Facebook's New Healthcare Tool Will Alert You For Checkup Reminders Tech-savvy People Trust Digital Doctors More Back Pain Among Truck Drivers: Can Anything be Done? How is Medicaid Expansion Boosting Employment in People With Disabilities?
More News