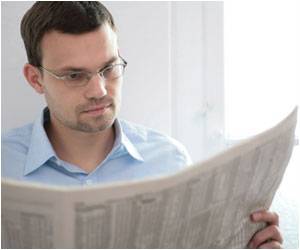 A new study has pointed out that practice may not make one perfect as is thought to be, especially in areas of language comprehension and reading.

The study by Northwestern University may also be the first behavioural demonstration of metaplasticity-the idea that experiences that on their own do not generate learning can influence how effective later experiences are at generating learning.

Language skills are more important in boys than girls, to help them exercise self-control and to achieve in school, reports a researcher, leading a study at a Michigan State University.
Advertisement

"Prior to our work much of the research into perceptual learning could be summed up as 'no pain, no gain. Our work suggests that you can have the same gain in learning with substantially less pain,'" said Beverly Wright, first author of the study.


The findings could lead to less effortful therapies for children who suffer from language learning impairments involving perceptual skills.

And they hold potential for members of the general population with an interest in enhancing perceptual abilities- for musicians seeking to sharpen their sensitivity to sound, people studying a second language or physicians learning to tell the difference between regular and irregular heartbeats.

Young children, at the age of four, understand and use subtleties of language such as irony, reveals research.
Advertisement
Previous research showed that individuals become better at many perceptual tasks by performing them again and again, typically making the training tedious and long in length.

It also showed that mere exposure to the perceptual stimuli used during practice on these tasks does not generate learning.

But the new study found that robust learning occurred when they combined periods of practice that alone were too brief to cause learning with periods of mere exposure to perceptual stimuli.

"To our surprise, we found that two 'wrongs' actually can make a right when it comes to perceptual learning," said Wright.

In addition, they found that the combination led to perceptual learning gains that were equal to the learning gains made by participants who performed twice as much continuous task training (training which by nature of its repetition and length often is onerous).

"It's as though once you get your system revved up by practicing a particular skill, the brain acts as though you are still engaged in the task when you are not and learning still takes place," said Wright, who teaches in Northwestern's School of Communication.

The study has been published in the latest issue of the Journal of Neuroscience.