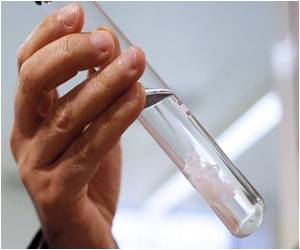 A set of powerful gene regulators that control cell identity in a few mouse and human cell types is being recently discovered.

Whitehead Institute scientists are now showing that these regulatorswhich they named "super-enhancers"act across a vast array of human cell types and are enriched in mutated regions of the genome that are closely associated with a broad spectrum of diseases.

The findings, published online today by the journal Cell, suggest that these super-enhancers, first described in Cell several months ago by Whitehead Member Richard Young, could ultimately play important roles in disease diagnostics and therapeutics.


In April, Young reported that while the total number of genetic control elements is likely in the millions, only a few hundred super-enhancers regulate the key genes that give each cell its unique properties and functions. At the time, Young hinted that the discovery, which was based on work primarily in embryonic stem cells, would help to solve the regulatory circuitry of all human cells. This latest research represents a significant step toward that goal, producing a catalog of super-enhancers in nearly 100 human cell and tissue types.
Advertisement
"We've gone from a few cells to a broad swath of human cell types to create this resource and make it available to the biomedical research community," says Young, who is also a professor of biology at MIT.

Young notes that the striking finding of the new study is that beyond their roles in control of healthy cells, super-enhancers are involved in regulating the functionand dysfunctionof diseased cells.

"We were surprised that for so many different diseases, mutations associated with the disease occur in super-enhancers" says postdoctoral scientist Brian Abraham, an author of the study. Indeed, he and other researchers in Young's lab found in disease-relevant cell types genetic mutations associated with Alzheimer's disease, diabetes, and many autoimmune diseases in genomic regions under the control of specific super-enhancers.

The researchers also found super-enhancers operating in particularly insidious fashion across a broad spectrum of cancers, observing cancer cells assembling their own super-enhancers to overproduce malevolent oncogenes that drive such cancer hallmarks as hyperproliferation, invasion, and metastasis. Young believes that identifying, mapping, and disrupting super-enhancers could alter the way cancers are managed in the clinic.

"When we focus on personalized medicine for cancer patients, super-enhancers could serve as useful biomarkers for tracking and understanding the evolution of a person's cancer," says Young. "Ultimately, super-enhancers may well become important targets for therapeutic intervention."

NIH Study: Gene Regulator Within Brain's Executive Hub Tracked Across Lifespan
Premiering, activity tracked by scientists, across the lifespan, of an environmentally responsive .....

Gene Regulators 3-D Structure Revealed
The three dimensional structure and function of a gene regulator that is associated with some of ......

Cancer Genome Atlas may Reveal Secrets of Brain Tumors
The brain had both-the benefit and challenge of going in first for the organ-by-organ genomic ......

Local Jute Genome Decoded By Bangladesh Scientists
The genome sequence of a local variety of jute plant was successfully decoded by a team of ......