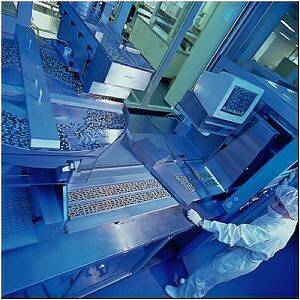 A new study says that using tiny spheres of radioactive liquid to guide surgeons as they remove potentially cancerous material in the lungs is safe and more effective than other techniques. This was reported by Italian researchers at the European Multidisciplinary Conference in Thoracic Oncology (EMCTO), 24-26 February 2011, Lugano, Switzerland.

Dr Luca Bertolaccini, Dr Alberto Terzi and colleagues from Santa Croce e Carle Hospital in Cuneo, Italy, studied a technique known as radio-guided surgery in 19 patients. Each of the patients had been found to have 'single pulmonary nodules' in their lungs.

Single pulmonary nodules are solitary abnormalities in the lungs that are smaller than 3 cm in diameter. Improvements in scanning techniques such as computed tomography mean that these very small nodules are becoming more commonly found.


If such nodules are found to be malignant, then surgical treatment to remove them should be undertaken immediately, Dr Bertolaccini said. "The problem is that such lesions are usually peripheral, making bronchoscopic approaches to diagnosis unsuccessful, while the accuracy of CT-guided biopsy is hindered by the small diameter and by the patient's respiratory movements during the exam."
Advertisement
"Video-assisted thoracoscopic surgery (VATS) is nowadays the procedure of choice if we want to surgically biopsy and remove peripheral lung nodules. However, the use of VATS is limited by the difficulty in localizing small, deep, or non-solid lung nodules where direct finger palpation may not be possible during surgery."

Using radio-guided surgery appears to overcome these problems, the researchers found. First they inserted a needle into the lung to reach the lesion or the lung tissue surrounding it. A CT scan carried out while the needle was in place confirmed its exact position. Next, they injected a solution of 0.3 ml of microspheres of human albumin serum labeled with Technetium󈟏m (99mTc), an element that is often used for medical tests. After injection, they used another CT scan and a technique called gamma scintigraphy --which visualizes the gamma radiation being emitted by the radioactive isotope-- to confirm precise staining of the nodule.

During surgery to remove the nodule, the researchers used a gamma detector probe to ensure they had removed all the radio-labeled tissue.

The researchers found that the technique was able to localize nodules in all 19 patients. On average it took 6 minutes to detect the nodule with the gamma probe.

Further analysis of the tissue that had been removed showed that it was a primary lung cancer in 8 cases, and a secondary lesion in 4 cases. The remaining 7 patients were found to have benign nodules. There were no complications during or after surgery.

This study shows that radio-guided surgery is a safe and simple technique for localizing single pulmonary nodules, Dr Terzi said. "Radio-guided thoracoscopy seems to be an effective procedure with fewer complications and failures than other techniques."

Commenting on the study, Dr Eric Lim, Consultant Thoracic Surgeon, Royal Brompton Hospital and Senior Lecturer, National Heart and Lung Institute, Imperial College, London, who was not involved in the study, said: "Dr Bertolaccini reports an innovative method to localize nodules that can be difficult for the surgeon to identify during routine surgery."

"This technology supports the current practice of video-assisted thoracoscopic lung resection as surgeons continuously strive to reduce incision size, pain and length of stay to increase the acceptability of surgery for lung cancer," said Dr Lim.