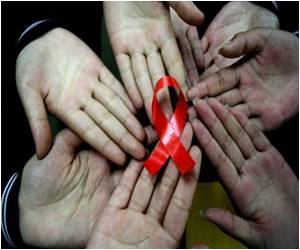 HIV-infected men who have sex with men (MSM) are at an increased risk for spreading HIV despite taking antiretroviral therapy (HAART), shows study.

The findings, which currently appear on-line in AIDS, could indicate a potential transmission risk in MSM, who are highly susceptible to HIV infection.Approximately 33.3 million people worldwide are living with HIV/AIDS, and 1.8 million deaths and 2.6 million new infections occur annually. Unprotected intercourse is the most common route through which HIV-1 is transmitted, and semen of HIV-infected men is an important source of HIV.

Whereas the HIV/AIDS epidemic in Sub-Saharan Africa is generalized with approximately equal percentages of infections occurring in men and women, the epidemic in the United States and many other developed countries is concentrated in men who have sex with men. HAART, which is the primary treatment for HIV/AIDS, consists of a combination of potent anti-HIV drugs, which generally suppresses HIV levels in blood and semen, and HIV transmission to sex partners. However, sexually active MSM have a high prevalence of sexually transmitted infections which are a risk factor for HIV transmission. To determine what percentage of sexually active HIV-infected MSM on HAART have HIV in their semen, the research team, headed by Deborah Anderson, MD, professor of obstetrics and gynecology at BUSM, recruited 101 men from Fenway health, Boston. They measured levels of HIV in blood and semen, and examined the relationship between HIV in semen and other clinical, behavioral and biological variables.


Eighteen percent of the men had HIV in blood despite being on HAART, and half of these men also had HIV in semen. "It has been shown before that HIV levels in peripheral blood are an important predictor of seminal HIV," explained lead author Joseph Politch, PhD, research associate professor in obstetrics and gynecology at BUSM. Of the 83 men with undetectable HIV in blood plasma, 25 percent had HIV in their semen. Detection of HIV in semen was strongly associated with high-risk (unprotected) sex behavior, sexually transmitted infections and genital inflammation. "Our study provides evidence that genital infections and inflammation are common in HIV-infected MSM that engage in unprotected intercourse, and that these factors can promote HIV in the genital tract of men on suppressive HAART therapy even when HIV is not detectable in blood," said Politch.Because MSM are more vulnerable to HIV infection than heterosexual men, this information has potential clinical significance for the HIV epidemic in MSM.

Do you know that there are symptoms for each stage of HIV/AIDS? Learn more from our HIV Symptom Quiz but here's a disclaimer - never go by symptoms alone. Symptoms only indicate the progression of the disease, while only a medical test can confirm it.
Advertisement
"Men who have sex with men who are at risk for transmitting HIV may believe that they have a low risk based on incorrect assumptions that HAART eliminates HIV from semen. Until more information on transmission risk in MSM is available, it would be prudent for sexually active HIV-infected MSM to use condoms and other risk-reduction strategies throughout all stages of HIV disease, regardless of HIV treatment status, and to promote the aggressive diagnosis and treatment of STIs," Politch said. Kenneth Mayer, MD, Director of Research at Fenway Health and a co-investigator on the study added: "We would like to extend this research to study the effects of newer HAART regimens, since newer agents may have different effects on HIV suppression in different compartments in the body, which may have implications for HIV prevention."