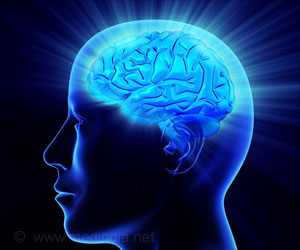 Intracerebral hemorrhage is a severe form of stroke that can cause severe, life-threatening neuroinflammation and brain edema. A potential new treatment strategy has been discovered to reduce the effects of intracerebral hemorrhage (ICH). A ligand of the TPSO protein called etifoxine, has shown to reduce inflammation and brain edema in animal models. This research has been published online in The FASEB Journal.

"Targeting TSPO can restrict neuroinflammation and brain edema after ICH," said Qiang Liu, Ph.D., a researcher involved in the work at the Department of Neurology, Barrow Neurological Institute, St. Joseph's Hospital and Medical Center, in Phoenix, Arizona. "TSPO ligands have the potential to serve as a new remedy for ICH."

Employees who took sick leave due to cerebral hemorrhage need a longer time to full return to work than those with cerebral infarction.
Advertisement
‘The pharmacological upregulation of a protein called TSPO reduces inflammation and brain edema after intracerebral hemorrhage.’

Liu and colleagues made their discovery after inducing ICH in mice by administration of known effectors, with or without etoxifine. Etifoxine reduced leukocyte infiltration into the brain and microglial production of interleukin-6 and tumor necrosis factor alpha, both hallmarks of ICH. The ligand improved blood-brain-barrier integrity and diminished cell death.


"This is a very provocative new lead on ICH," said Thoru Pederson, Ph.D., Editor-in-Chief of The FASEB Journal. "A cytokine axis in ICH is not new, but the notion that this TSPO ligand can do what it does is new, and very promising."

For Brain Hemorrhage, Risk of Death is Lower at High-Volume Hospitals: Study

For patients with a severe type of stroke called subarachnoid hemorrhage (SAH), treatment at a hospital that treats a high volume of SAH cases is associated with a lower risk of death.
Advertisement
<< Immune Boosting Gene That Fights Inflammatory Bowel Disease
Updated AATS Guidelines for Managing Leaky Heart Valve >>

Those who exercised vigorously three times a week or more three years prior to stroke were more likely to be independent before and after stroke.

Risk Of Stroke Is Doubly High In Todays Generation