Drug treatment may treat portal hypertension, a potentially life-threatening condition linked to cirrhosis and other chronic liver diseases, stated Mayo Clinic researchers. The study was posted in March on Gastroenterology, the online journal of the American Gastroenterological Association. Print publication is scheduled for July.

While therapies have been available to treat some forms of liver disease, including hepatitis C and autoimmune hepatitis, options have been more limited for treating portal hypertension, a condition where there is an increase in pressure within the portal vein that carries blood from abdominal organs to the liver. Portal hypertension is associated with cirrhosis and other chronic liver diseases.


According to the study, the drug sivelestat may effectively lower portal hypertension, improving symptoms and outcomes for those patients. The study results were obtained from mouse models but have since been confirmed in liver samples from humans, according to Vijay Shah, M.D., a Mayo Clinic gastroenterologist and senior author.


"This was an exciting confirmation of our findings and their applicability to human disease," Dr. Shah says. "Sivelestat has been safely used in humans with acute lung injury and bronchopulmonary dysplasia."

"The study paves the way for developing new drugs and repurposing of existing compounds to target inflammation in the liver driven by disease-related mechanical forces," says Dr. Hilscher. "Given the increasing prevalence of advanced liver disease due to alcohol and obesity, this is clearly an unmet need." 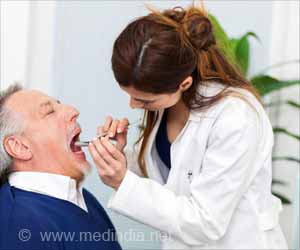 Aleglitazar may be Effective for the Treatment of Liver Cirrhosis
Aleglitazar, an investigational drug, appears to be an effective treatment for liver cirrhosis. Treatment with aleglitazar reduces inflammation, vasoconstriction, angiogenesis, mucosal disruption, and tumor necrosis factor (TNF).
READ MORE

Liver Failure
Liver failure occurs when the liver loses its ability to perform its normal functions of regeneration or repair. It can be a gradual or a sudden process.
READ MORE

Hepatitis AReiki and Pranic HealingLiverWilson's DiseaseMilk ThistleCurrent Treatments for Liver CancerFatty Liver Disease: A Growing Health Problem in IndiaLiving Donor Liver Transplant: What Are the Risks?Liver Failure
Sign up for Wellness Consult a Doctor Sign up for Selfcare