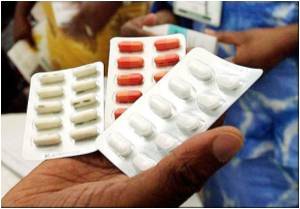 An international consortium of researchers has shown that an investigational drug, Olaparib, can reduce the size of tumors in women with advanced hereditary ovarian cancer with BRCA gene mutations.

The Phase II ovarian cancer study results - as well as another Phase II trial in which Cedars-Sinai researchers also participated that evaluated the drug's effectiveness in the treatment of hereditary breast cancer - were published in a recent issue of Lancet. The two trials showed similar levels of response to the genetically-targeted drug in both breast and ovarian cancers with BRCA mutations.

"These are significant new studies. Olaparib is the first single-agent, non-chemotherapy treatment to show benefit to patients with cancers that result from BRCA1 or BRCA2 gene mutations," said William Audeh, M.D., an oncologist specializing in cancer genetics at Cedars-Sinai's Samuel Oschin Comprehensive Cancer Institute and first author on the ovarian cancer study "Until now, treatments for cancer have been selected based upon where in the body the cancer originated. These two studies suggest that it is the underlying genetic weakness of a cancer, not the organ of origin, that is the key to selecting effective therapy."


The first author of the breast cancer study and the principal investigator for both studies was Andrew Tutt, M.D., Breakthrough Breast Cancer Research Unit, King's College London School of Medicine.

Breast cancer is a kind of cancer that develops from breast cells and affects mainly women worldwide and sometimes men. Read Medindia's top facts on Breast cancer.
Advertisement
Olaparib, a Poly ADP ribose polymerase (PARP) inhibitor made by AstraZeneca, represents a "targeted therapy" approach to cancer treatment - anticancer drugs that interfere with specific pathways involved in cancer growth or survival. The PARP enzyme plays a role in DNA repair, including the repair of DNA damage from chemotherapy. Drugs that inhibit this enzyme appear to contribute to cancer cell death as well as increase their sensitivity to chemotherapy.

Of the 57 patients enrolled in the ovarian cancer study worldwide, 33 percent of participants showed a significant shrinkage in the size of their tumors, and in some cases, complete disappearance of their tumors. Toxicities from the drug were relatively mild, including nausea, fatigue and anemia.

"Women with advanced BRCA-mutated ovarian cancer have often been through several chemotherapy regimens, making it difficult to offer effective treatments," said Audeh. "PARP inhibitors may be a promising new option for this heavily 'pre-treated' population. "

Ovarian cancer is the fifth leading cause of cancer deaths among American women, with an estimated 21,550 new cases and 14,600 deaths in 2009. Approximately 10 percent of these cases have an inherited mutation in the BRCA 1 or 2 genes, the type of cases treated in this trial. Since it is often difficult to diagnose, many women present with advanced disease, which is especially challenging to treat.

"These PARP inhibitor studies represent a major change in the approach to treating cancer that will be reflected in future clinical trials," said Audeh. "While we studied Olaparib's clinical benefit in patients known to have specific genetic weaknesses in their cancer cells, it is hoped that this drug - and others like it - will be an effective tool to treat the underlying genetic defects found in all types of cancers."

A list of Must Know Top 12 Cancer Facts of the World.
Advertisement
<< Two Greenpeace Anti-whaling Activists Likely to Face Jail T...
US Christian Ministry to Impart Chastity Lessons to Chines... >>