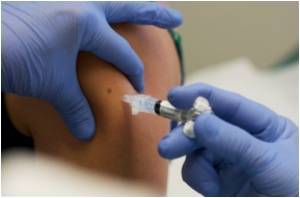 A team from the Union ministry of health and family welfare has visited the Mohanlalganj tehsil in Lucknow one day after four infants died during a routine immunization drive.

Deputy Commissioner immunisation, Union health ministry, Dr Ajay Kheda, inspected the community health centre (CHC) at Mohanlalganj and looked at the area where all the vaccines were stored prior to immunization.


"This is a case of adverse event following immunization... This is not a new phenomenon. But it is extremely rare and so we are here to ascertain the cause," Dr Kheda told reporters.


Meanwhile it has emerged that postmortem of the four infants has failed to establish the cause of their death.

"The bodies of the children were handed over to their parents as the cause of their death could not be ascertained in the postmortem. Their viscera has been preserved for further tests," a senior police official said.