Exercise has been proven to reduce the risk of developing postnatal depression. Postnatal depression can be reduced by practicing stretching, breathing, aerobic activities, walking, and yoga during your pregnancy days and even after that, says a new study.

According to researchers, women, who exercised, displayed fewer signs of depression following the birth of a child. They tracked the mental health of almost 1,000 mothers, who were offered exercise interventions during and after pregnancy.

Researcher Celia Alvarez-Bueno, from the University of Castilla-La Mancha in Spain, said that the negative consequences of postpartum depression not only affect the mother but also the child, who can suffer poor emotional and cognitive development.


‘Workouts such as stretching, aerobic activities and yoga during and post pregnancy can help reduce the risk of postnatal depression.’


Symptoms of postpartum depression can include anxiety attacks, insecurity, irritability, fatigue, guilt, fear of harming the baby and a reluctance to breastfeed. The symptoms start within four weeks of delivery and are considered severe when they last for more than two weeks, according to the researchers.

Alvarez-Bueno stated that it is important to test the most effective strategies to prevent this disorder or mitigate the consequences. The team analysed data from 12 trials of exercise interventions during or after pregnancy between 1990 and 2016. The studies included a total of 932 women and all examined them for their severity of postpartum depression.

The exercises used in the various studies included stretching and breathing, walking programs, aerobic activity, pilates and yoga. Compared to women who did not exercise, the researchers found those who did had fewer depression symptom during the postpartum period.

The findings indicated that exercise after pregnancy also reduced depression among the women who did not had diagnosable symptoms. The research is published in the journal Birth. 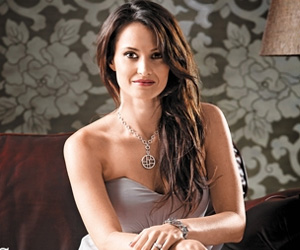