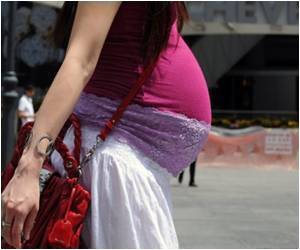 A psychiatric episode experienced within the first 30 days post-partum seems to be related to an increased risk of developing bipolar affective disorder, states a according to the Online First by Archives of General Psychiatry, one of the JAMA/Archives journals.

"Childbirth has an important influence on the onset and course of bipolar affective disorder, and studies have shown that episodes of post-partum psychosis are often best considered as presentations of bipolar affective disorder occurring at a time of dramatic psychological and physiological change," the authors write as background information in the article. "It is also clear, however, that a high number of women with the new onset of a psychiatric disorder in the immediate post-partum period do not receive a diagnosis of bipolar disorder."

Bipolar Disorder is a brain disorder in which people show "mood swings". Changes in the level of neurotransmitters in brain, and psychosocial factors are thought to be involved.
Advertisement

Trine Munk-Olsen, Ph.D., of the National Centre for Register-Based Research, Arhus University, Arhus, Denmark, and colleagues collected data on 120,378 women born in Denmark from 1950 to 1991 who were alive in 2006 and had a history of a first-time psychiatric contact with any type of psychiatric disorder (admission or outpatient contact) with any type of psychiatric disorder excluding bipolar affective disorder. Each woman was followed up with individually from the day of discharge, with data collected on inpatient or outpatient psychiatric contacts during the follow-up period.

"The present study confirms the well-established link between childbirth and bipolar affective disorder and specifically adds to this field of research by demonstrating that initial psychiatric contact within the first 30 days post-partum significantly predicted conversion to bipolar affective disorder during the follow-up period," the authors conclude. "Results indicate that the presentation of mental illness in the early post-partum period is a marker of possible underlying bipolarity."