Post-Olympic Gambling Zone to be Created in Sochi 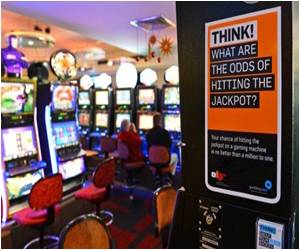 Plans of opening a gambling zone in the Black Sea resort of Sochi, which was renovated at high cost to host the 2014 Winter Olympic Games, is on the wings, Deputy Prime Minister of Russia Dmitry Kozak said Tuesday.

"The decision has been taken in principle. We backed a gambling zone in Sochi," Kozak was quoted by Russian news agencies as saying.

Last week, the Russian parliament approved the creation of gambling zones in Sochi and on the Crimean peninsula, a region recently annexed from Ukraine that has numerous beach resorts.


Ahead of the Sochi Winter Games, Moscow built gleaming new stadiums, hotels and transport infrastructure to transform the Soviet-style resort at a cost of more than $50 billion.
Advertisement
Russia now faces the question of what to do with the new structures.

Kozak said the gambling zone was aimed at "improving the financial models" of Olympic projects that received loans from banks including Russia's largest lender Sberbank.

"We must now do all we can to make these projects turn a profit, so they do not go bankrupt," he said.

In 2009, Russia enacted tough anti-gambling laws that forced casinos to shut down across the country. It permitted just four legal gambling zones in its western, eastern and southern regions.

So far however, only one gambling zone is functioning: Azov City, in the same region as Sochi, but on the shore of the Azov Sea.

Kozak said that in theory, Russian law would require that Azov City shut down if nearby Sochi also became a gambling zone, but added: "This question is under discussion."

Video Gaming as Addictive as Alcohol, Gambling: Study
Research has shown that video gaming can be as addictive as alcohol, heroin or gambling....

Part of Brain Linked to Gambling Addiction Discovered
University of Cambridge researchers have discovered the part of the brain linked to gambling ......