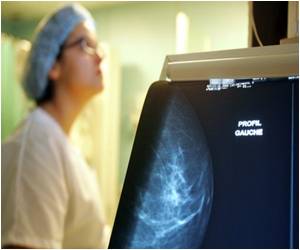 After cancer surgery, surgeons in Australia have partially succeeded in regrowing breast tissue using a patient's own fat cells in one of the five women involved in a pilot trial.

The surgeons implanted each woman with an acrylic breast-shaped chamber, into which they redirected blood vessels attached with the patient's fat cells from under her arm, the Age reported.

The technique, called Neopec, has been tested on five women over the past 18 months in the hope that it could help them regrow breasts after a mastectomy, as an alternative to silicone implants.


Head of the research team at the Bernard O'Brien Institute of Microsurgery, Professor Wayne Morrison, said that there was no tissue regeneration in three patients, and one had to withdraw from the trial after pain from the acrylic chamber pressing on her ribs.

Researchers worked on a series of genetic analysis and identified genetic differences in normal breast tissue among several racial groups.
Advertisement
But tissue did regrow to fill the breast-shaped chamber in the fifth patient, in what Professor Morrison said was an exciting result that proved the concept could work in humans.

"She's quite small in the first place and a 180cc breast is a small breast, but she is happy with the outcome and does not want any added implant to augment her further," he said.

Doctors were monitoring the woman to determine whether she retained the regrown tissue, he said.

''One of the issues was that it wasn't all fat tissue growing, it was mostly fibroblastic tissue, which is used to heal wounds,'' he said.

"We would wonder in the long-term whether it would be adequate for permanent replacement, though we did review her three months later and the volume was stable, so it is very encouraging," he added.

All of the women in the trial had undergone mastectomies and were unsuitable for surgery to transfer tissue from their stomach to their breast.

Cancer Cells In Breast Tissue Predicts Lymph Nodes Could Be Next

Lymphovascular invasion (LVI), the presence of cancer cells in blood vessels or lymphatic system, points to a distinct possibility of cancer recurrence in nearby lymph nodes.
Advertisement
<< Gene Loses Its Punch If You Live To Your 90s: Study
Anesthesia Type Affects Outcomes Of Surgery >>

Thanks to a surgeon who has developed a revolutionary boob job, silicone implants may soon be a thing of the past.
Advertisement
News A-Z
A B C D E F G H I J K L M N O P Q R S T U V W X Y Z
What's New on Medindia