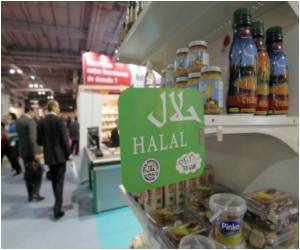 A popular fast-food brand said Tuesday it would extend the number of halal only restaurants in its chain in France, after a controversial pilot project in February proved a success.

Some politicians reacted angrily to Quick's announcement earlier this year of its first halal-only branches, saying the chain had deprived non-Muslims of a right to standard burgers and promoted social divisions.

Trend of Halal Travel Catches on

As an upcoming and busy telecom executive, ready-to-eat meals were a must-have in Fazal Bahardeen's luggage.
Advertisement

But the Belgian chain said Tuesday it would switch 14 more of its French branches to serve only halal meat, certified as slaughtered in accordance with Islamic practices, bringing the total in France to 22 of its restaurants.


"In view of the results of the experiment in February, we have decided to keep the halal service in the eight test restaurants and to extend it ... from September 1," said Quick chief executive Jacques-Edouard Charret.

'Halal' make-up has been launched in Britain by a Muslim who had been working on beauty aids that respected Islamic principles.
Advertisement
Home to Europe's biggest Muslim minority, estimated at between five and six million, France has seen a series of controversies highlighting tension between the integration of Muslims and the demands of an officially secular state.

The red Quick sign is a common sight in France, as are the golden arches of the US burger chain McDonalds, and both outlets are popular in urban districts with populations of largely immigrant descent.

Charret told a news conference that 10 of the new halal restaurants are in the greater Paris region, including several underprivileged suburbs in the department of Seine-Saint-Denis, north and east of the capital proper.

The company said that for customers who wished to avoid halal meat, it would offer a non-halal burger that will be prepared elsewhere and heated up on-site.

In breaking news, a mass boycott by angry customers has forced KFC to scrap its halal only menu
Advertisement
Advertisement

Food addiction is a growing threat among teenagers. Find out how to combat the problem with preventive tips ...
This site uses cookies to deliver our services.By using our site, you acknowledge that you have read and understand our Cookie Policy, Privacy Policy, and our Terms of Use  Ok, Got it. Close
×