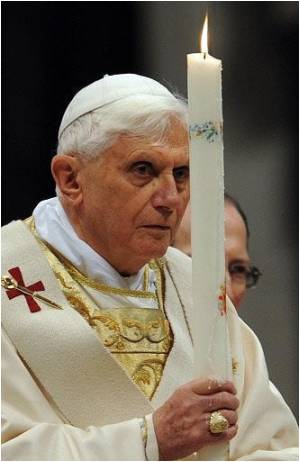 The Easter Week observances was kicked off by Pope Francis, by celebrating Palm Sunday mass with over 100,000 pilgrims in a sun-drenched St Peter's Square on Sunday.

Dressed in Palm Sunday red, the head of the Roman Catholic Church led a traditional procession of palms along with scores of cardinals, bishops and priests.

For the observance recalling Jesus' triumphal entry into Jerusalem shortly before his crucifixion and resurrection, worshipers carry palm and olive branches, which the Gospels says were used to greet Jesus when he entered Jerusalem.


In his homily, in which the Argentinian pontiff frequently strayed from a prepared text, he asked: "Where is my heart? ... Am I like Judas? Capable of betraying Jesus, (or) like the disciples who, understanding nothing, slept while he was suffering?"

Standard Summer Temperatures in the Eastern Canadian Arctic Has Gone Up Since 120,000 Years

Experts at the University of Colorado Boulder have found that the standard summer temperatures in the Eastern Canadian Arctic have risen drastically in the last 100 years as compared
Advertisement
Francis urged the faithful to ask themselves if they were like "the other disciples who wanted to resolve everything by the sword", or "like Judas, who pretended to love Jesus, kissing him before betraying him."

After the mass, the 77-year-old pontiff toured the throng aboard his white open-top popemobile, posing for "selfies", kissing babies and enjoying a sip of mate -- a herbal tea traditional in his native Argentina -- offered to him by a pilgrim.

Climate change was responsible for 35 percent of extreme warmth experienced in the Eastern US between March and May though it had little impact on the lack of precipitation in the Central US.
Advertisement
<< IVF Patient In Italy Pregnant With Wrong Embryos: Report
Hitler Furniture Auction Ban Urged by French Jewish Group >>

Pope to Wash Feet of Prisoners and Women to Mark Easter