In a report published jointly by the World Health Organization (WHO), the World Bank and the UN children's fund UNICEF, health officials praised the fact that a record 106 million vaccinations had been carried out in 2008.

Prior to 1974, there was no organized immunization programme. Expanded programme on immunization (EPI) was introduced in 1974 by the WHO and adopted by India in 1978 without measles vaccination.
Advertisement 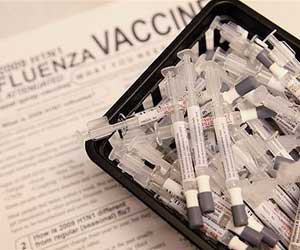 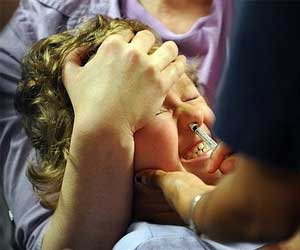 But they said 24 million children in 72 of the world's poorest countries had still been deprived access to immunization programs and called for one billion dollars in additional funding to make new and existing vaccines available.


In a statement accompanying the report, WHO Director-General Margaret Chan stressed the importance of overcoming "the divide that separates rich from poor -- between those who get life-saving vaccines and those who don?t."

82 Children Succumbs To Rabies in Angola

Health officials in Angola on Monday warned that more needs to be done to prevent the spread of rabies, which has killed 82 children in Luanda, more than a quarter of them in the last two weeks.
Advertisement
Chan extolled the unparalleled role of vaccines in preventing the spread of diseases, such as the avian and swine flus, and urged everyone to take up the challenge of making them accessible to populations most at risk.

"The influenza pandemic draws attention to the promise and dynamism of vaccine development today," she said.

"Yet it reminds us once again of the obstacles to bringing the benefits of science to people in the poorest nations."

UNICEF executive director Ann Veneman said "worldwide measles deaths fell by 74 percent between 2000 and 2007, and vaccinations played an important part in that decline."

"Such progress must inspire new efforts to immunize children around the globe against life-threatening diseases."

The report acknowledged a development boom that means more than 120 vaccines are now available to combat a host of deadly infections, such as meningitis, rotavirus, diarrhea, and human papillomavirus (HPV) that can lead to cancer.

The State of the World's Vaccines and Immunization report also noted that the global vaccine market had tripled since 2000 and was now bringing in more than 17 billion dollars in revenue.

"Those gains must be sustained, not washed away, otherwise these diseases will be coming back with a vengeance," Doctor Jon Kim Andrus, deputy director of the Pan American Health Organization, told a press conference.

"In the history of immunization we have numerous experiences of diseases returning in the form of huge outbreaks," warned Andrus, a leading vaccination expert.

After a period of decline prior to 2000 much of the recent progress had come thanks to partnerships between the public and private sectors with the support of government and philanthropic organizations, the report said.

It credited this success largely to the work of The Global Alliance for Vaccines and Immunisation, known by the acronym GAVI, it said.

Gavi, which counts UNICEF, the WHO, the World Bank and The Bill & Melinda Gates Foundation among its partners, was launched in 2000 at the annual meeting of the World Economic Forum in Davos.

"We have seen a dramatic turnaround in the availability of vaccines in even the poorest countries," said World Bank managing director Graeme Wheeler.

"Yet the international community, together with the countries themselves must ensure that new and existing technologies actually reach the most vulnerable populations, especially children."

Poorer Countries to Get Donated Swine Flu Vaccine: WHO

Top 10 Vaccine Myths Debunked
News Archive
News Resource
News Category
Can BCG Vaccine Prevent Tuberculosis in Young Children? How Does Disordered Eating Develop in Kids? Go Green: Living Near Green Spaces can Boost Your Child's Lung Health How Maternal Antibodies can Protect Babies from Cytomegalovirus? How to Determine Whether Culture Influences Children or Not?
More News
Sign up for Wellness Consult a Doctor Sign up for Selfcare